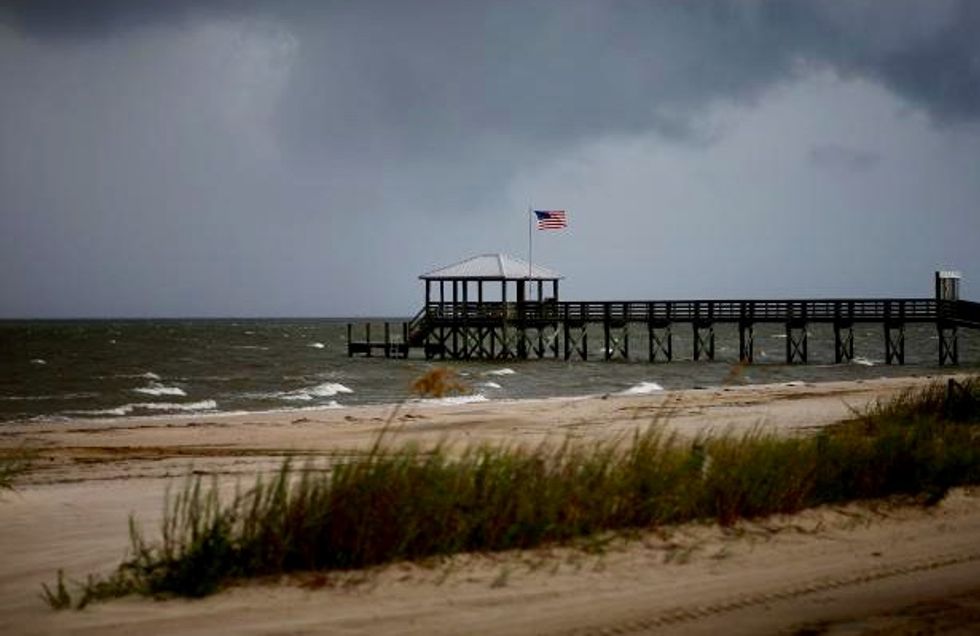 Gordon was about 40 miles (70 km) west of Mobile, Alabama and was packing maximum sustained winds of 70 miles per hour, it said.

As of early Wednesday morning, the storm had not reached 74 mph winds, the minimum to become a hurricane, and was weakening as it moved inland. The storm was expected to become a tropical depression later in the day, the NHC said.

Hurricane and storm surge warnings and watches were in effect across the region, the NHC said.

Though the Louisiana coast remained calm as of early Tuesday evening, Governor John Bel Edwards declared a state of emergency and companies cut 9 percent of U.S. Gulf of Mexico oil and gas production.

“I’m asking all residents to do their part in getting ready for this storm,” New Orleans Mayor LaToya Cantrell said in a statement. “The city’s absolute No.1 priority is to ensure the safety of our residents.”

Beaches around Mobile, Alabama were washed by storm-driven waves, said Stephen Miller, a meteorologist for the National Weather Service.

“We’re expecting an increase in winds,” Miller said in a telephone interview. “We could see flooding.”

Sea levels could rise as much as 5 feet (1.5 m) from Shell Beach, Louisiana, to Dauphin Island, Alabama, forecasters said.

At LaFrance Marina near Ansley, Mississippi, a mile north of Heron Bay on the Gulf of Mexico, marina owner Sue Cates said that a tidal surge is sure to push water into the marina’s low-lying campgrounds, making evacuation “the only choice” people have to protect themselves.

Nevertheless, she said she and her husband will remain in their home, which sits on tall pilings, 24 feet above ground. Built after Hurricane Katrina, the home is made to withstand a 150 mile-an-hour wind, she said.

“We’re way up here, and I think we’ll be OK,” Cates said. “People around here are well-trained for this sort of thing.”

U.S. oil producer Anadarko Petroleum Corp evacuated workers and shut production at two offshore oil platforms on Monday, and other companies with production and refining operations along the Gulf Coast said they were securing facilities.

The Gulf of Mexico is home to 17 percent of U.S. crude oil and 5 percent of natural gas output daily, according to the U.S. Energy Information Administration.

The U.S. Coast Guard said the ports of New Orleans and Gulfport and Pascagoula, Mississippi, may have to close within 48 hours.

The Inn at Ocean Springs and the Roost Hotel in Ocean Springs, Mississippi, had guests planning to ride out the storm, said Kristin Smith, general manager of both hotels.

“A lot of guests are real comfortable sticking it out in our rooms,” Smith said in a telephone interview. “Any of our guests who feel like they want to go home we encourage them to follow their instincts.”