WATCH: Symone Sanders calls BS on Kavanaugh's sexual assault defense and points out a major flaw in his argument 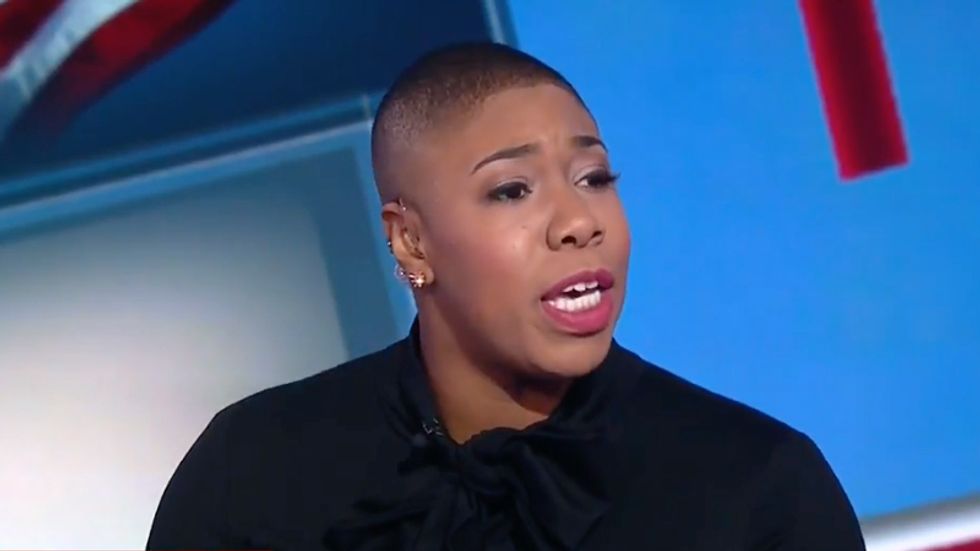 On Sunday, Dr. Christine Blasey Ford, a professor in California, published an article in The Washington Post claiming that while in high school Kavanaugh pushed her into a room, locked the door and attempted to take her clothes off.

Kavanaugh originally denied all sexual assault allegations in a statement that said: "I categorically and unequivocally deny this allegation. I did not do this back in high school or at any time," his statement said.

However, Sanders said that there is a discrepancy around which party the alleged sexual abuse took place.

"I'm trying to figure out how Judge Kavanaugh knows he wasn't at a party that Dr. Ford hasn't asserted he was at. She has [said she didn't know which party.]" Sanders said.

She added, "He remembers he wasn't at a party where he didn't do what he was accused of -- this is why we need a hearing. I think Judge Kavanaugh has been credibly accused."

Sanders also said she stood in solidarity with Ford because she is also a sexual assault survivor.

"When I was in college, I was intoxicated, and a man who I had previously rebuffed his advances multiple times took advantage of the fact that I could not consent one night," Sanders shared.

"The next day, he denied raping me. That's exactly what he did. If he ever came up for a Supreme Court nomination, president of the United States, or Congressman — I don't care if it's been 20 to 50 years, I would come forward," she ended.