Ted Lieu: No employer would hire sexual assault suspect who 'yells at you' and lies during interview 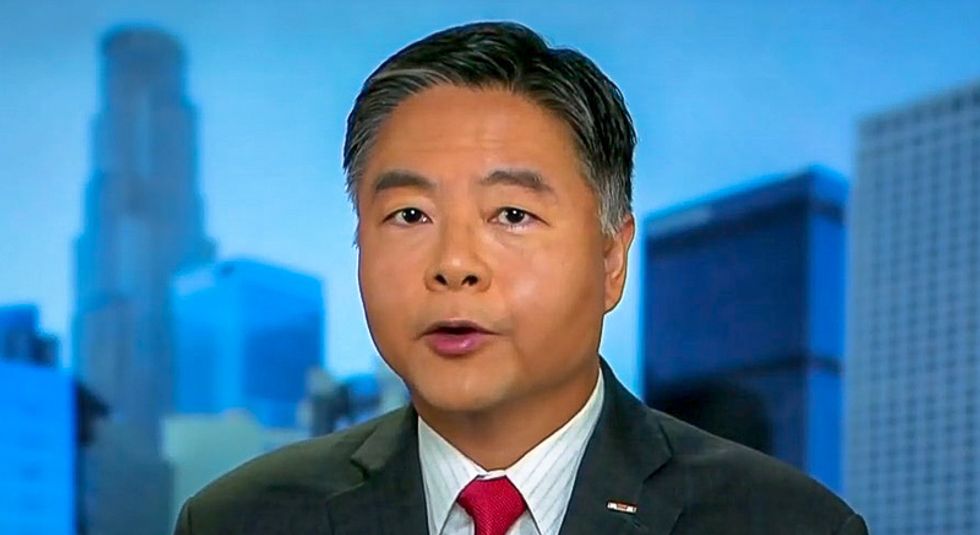 Rep. Ted Lieu (D-CA) suggested on Sunday that Republicans are not being honest about their support for Supreme Court nominee Brett Kavanaugh because no other job interviewer would approve someone facing sexual assault allegation who "yelled at you" during the interview.

"This is a good educational moment for America," Lieu explained to MSNBC host Alex Witt. "People are learning about sexual assault, why two-thirds of victims don't report, the cost of reporting -- socially and emotionally."

"What do you make of Kellyanne Conway's argument that the sexual assault allegations against Brett Kavanaugh are being conflated with other allegations?" Witt wondered. "Including those leveled against President Trump."

"They are not being conflated," Lieu said resolutely. "[Dr. Christine Blasey Ford] gave compelling testimony under oath that she was sexually assaulted by Brett Kavanaugh."

"This is not a trial," the California Democrat pointed out. "It is a job interview. There's no employer in America that would hire a job applicant who has a credible allegation of sexual assault. And then during the interview, yells at you and makes false statements. No employer would hire that job applicant if there are other far more qualified people."