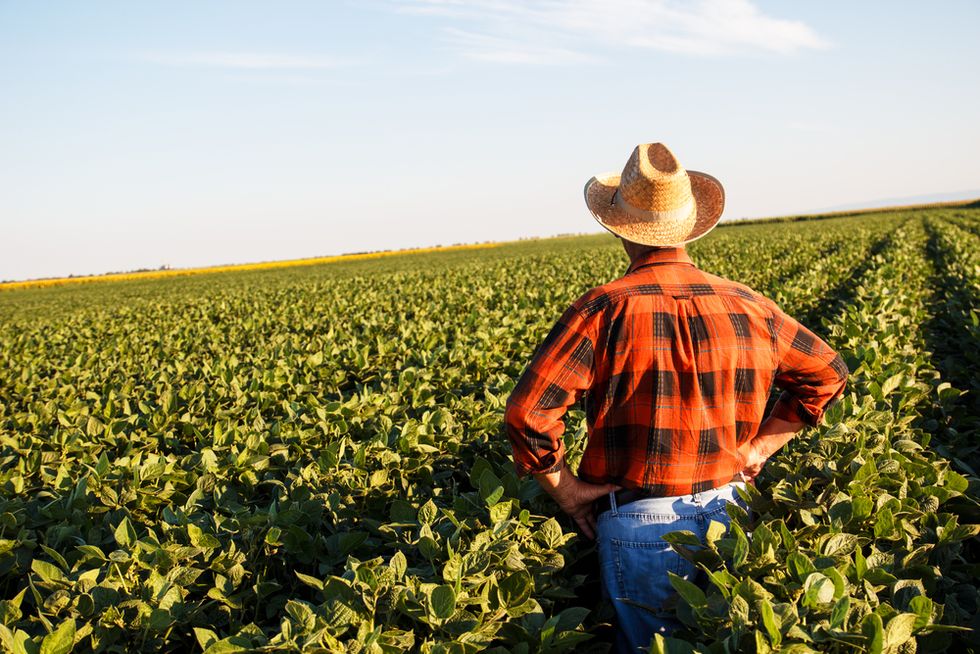 Congressional leaders are just days away from a deadline to work out a compromise on a massive farm bill or risk a lapse in funding for crucial safety net programs used by thousands of Texas farmers.

Ahead of a Sept. 30 deadline, Congress returns this week with just four legislative days to reconcile differences between the House and Senate legislation, pass the bill through both chambers and send it to the president's desk before safety net funding dries up.

The bill, which comes with a $430 billion price tag over five years, is particularly important for Texas, which leads the nation in number of farms and ranches, according to the Texas Department of Agriculture. One in seven Texans also works in an agriculture-related job, according to the department.

The farm bill includes a vital crop insurance program for farmers that provides financial protection against crop destruction. The crop insurance program is the second largest program in the bill and made up 8 percent of the last farm bill. The insurance has become an increasingly important lifeline for Texas farmers, many of whom are struggling due to drought in west Texas or flood damage closer to Houston, said Laramie Adams, national legislative director of the Texas Farm Bureau, a group that advocates on behalf of Texas farmers and ranchers.

“They have no safety net, no way of surviving if you don’t have crop insurance in place in order to pick them up and allow them to be able to invest in the next growing season,” said Adams.

Additionally, the 2014 farm bill was passed when commodity prices were at a record high. Since then, the agricultural industry faced an economic downturn as commodity prices plummeted, resulting in a 50 percent drop in net farm incomes across the U.S. since the last farm bill, according to the U.S. Department of Agriculture.

But the legislation, which must be renewed every five years, is partly hamstrung in Congress on an issue that has little to do with Texas farmers: whether to install new work requirements for recipients of the Supplemental Nutrition Assistance Program (SNAP), formerly known as food stamps.

The House included a provision in its version of the farm bill that mandated that nonexempt able-bodied adults aged 18 to 59 work or participate in job training programs for 20 hours per week, a more stringent requirement than the current requirements under SNAP. It also removes the exemption for adults with children age six or older and provides federal funds for employment and training programs the House bill requires states to offer. A Congressional Budget Office analysis of the House bill found that 1.2 million would lose benefits by 2028 under the House bill. Democrats in both chambers strongly oppose increased work requirements and it is unlikely a bill with work requirements could pass the Senate.

More than 3.7 million Texans benefit from the SNAP program, according to the Texas Department of Health and Human Services.

“Texas has always had one of the largest caseloads of SNAP and that’s because we have a large population of the working poor,” said Rachel Cooper, a senior policy analyst at the liberal Center for Public Policy Priorities in Austin. “We have so many people stuck in low wage jobs and they turn to SNAP for help.”

However, those work requirements in the House bill are a major sticking point for U.S. Rep. Mike Conaway, R-Midland, who, as the chairman of the House Agriculture Committee, is a key architect of the House bill.

“Most adults on SNAP are already working but they’re working in jobs that are low pay with unstable hours,” Cooper said. “They may be scheduled 25 hours a week one week and then the next, they’ve been written off the schedule and they’ve maybe got 15 hours.”

There is no timetable for the release of the revised bill, nor the provisions it will include. But both Democratic and Republican committee aides in the House and Senate told the Tribune Congress still aims to pass the bill by the Sept. 30 deadline.

“I still maintain hope we can get there, but I’m not going to pay lip service to the importance of a strong new farm bill and then settle for something that puts farmers and ranchers in a more difficult position than they already find themselves,” Conaway said in a statement to the Texas Tribune. “The farm bill safety net must be stronger, not weaker, and that’s my line in the sand.”

The pressure is now on Conaway with just four legislative days remaining before the 2014 farm bill expires. The lone Texas Democrat on the committee, U.S. Rep. Filemon Vela of Brownsville, said House Republicans aren’t showing much willingness to budge on work requirements.

“Up until this point, it seems as though there isn’t a big willingness from House Republicans to be swayed, but if they want a farm bill, something has to give,” Vela said in an email to the Texas Tribune.

Conaway has placed tremendous pressure on himself to shepherd a bill through Congress and into law. His chairman portrait will soon hang in the agriculture committee hearing room, but he told reporters last year in Midland that if he “will not have earned it unless I get a farm bill passed.”

But the biggest challenge facing Conaway now is the complex coalition of rural Republicans and urban Democrats required to move the bill through Congress. The House bill narrowly passed its version on a 213-211 party-line vote in June on its second attempt. But House Democrats, like Vela, won’t support a farm bill with the work requirement provisions.

“I can’t in good conscience vote for a bill that will take food off the table for thousands of my constituents,” Vela said. “I would imagine that such a bill would not pass in the House, and absolutely won’t pass in the Senate.”

When the House returns Tuesday, it also has to pass measures to avert a government shutdown on Sept. 30.

On top of all that, President Donald Trump is now a potential wildcard after insisting in a recent tweet that the farm bill include work requirements and potentially setting up a showdown between Congress and the White House depending on the final bill.

"Senator Debbie Stabenow and the Democrats are totally against approving the Farm Bill," Trump tweeted on Sept. 13. "They are fighting tooth and nail to not allow our Great Farmers to get what they so richly deserve. Work requirements are imperative and the Dems are a NO. Not good!"

In 2007 and 2012, Congress failed to pass a farm bill by its deadline, resulting in multiple short-term spending packages until Congress and the president agreed on a full bill. It took 18 months for the chambers to agree on the last farm bill. Vela said if Congress doesn’t meet the Sept. 30 deadline this time, then Congress will pass another extension.

“It’s time to stop playing politics and stop kicking the can down the road,” Adams said. “Our farmers deserve certainty because they work to feed the world.”

Correction: An earlier version of this story incorrectly stated when term limits would force U.S. Rep. Mike Conaway to relinquish his chairmanship of the House Agriculture Committee. House Republican term limit rules would allow him to stay in the role until 2020.

Disclosure: The Texas Farm Bureau and the Center for Public Policy Priorities have been financial supporters of The Texas Tribune, a nonprofit, nonpartisan news organization that is funded in part by donations from members, foundations and corporate sponsors. Financial supporters play no role in the Tribune's journalism. Find a complete list of them here.