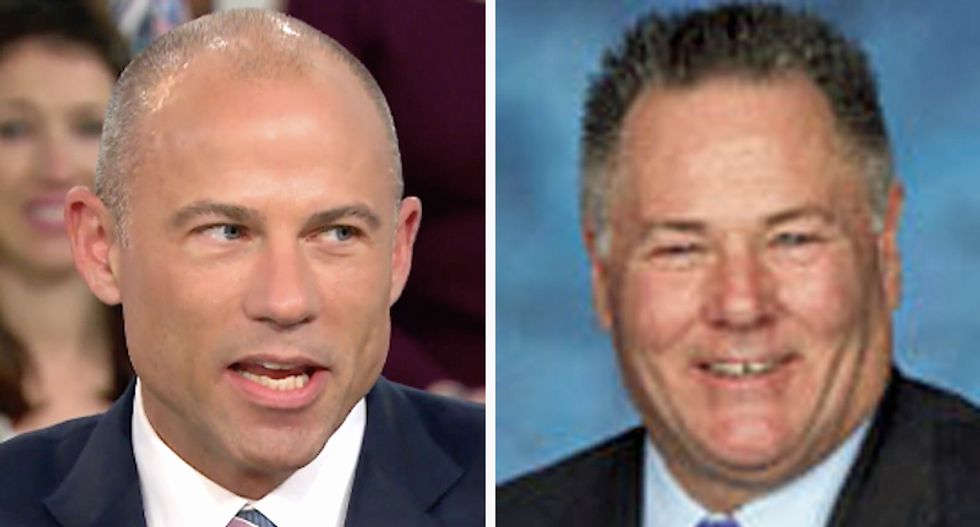 Attorney Michael Avenatti on NBC News and Butch Groves via the Oakridge School.

An administrator at a private school in Texas was "suspended indefinitely" after lashing out with a profane rant against attorney Michael Avenatti, the Star Tribune reports.

Butch Groves is the "Head of Upper School" at Oakridge School in Arlington.

He reportedly sent direct messages on Twitter early Monday, calling Avenatti a "f*cking douche bag" and a "lying piece of sh*t" in the messages.

Avenatti represents Stormy Daniels and has said he has a client who will be coming forward with new allegations against Supreme Court nominee Brett Kavanaugh.

Later on Monday, Groves was suspended by the school.

“Oakridge employees are expected to maintain the respect, dignity and professionalism that is consistent with our mission,” Head of School Jon Kellam explained in a public statement. “Mr. Groves’ conduct was inconsistent with these policies and with standards. I have therefore suspended Mr. Groves indefinitely as we conclude our investigation.”

Avenatti warned that such conduct has consequences.

"Let this be a lesson to those that believe that they can send abusive messages to me or others without consequence," Avenatti tweeted. "People are free to engage in spirited debate but if you are abusive, you will be held accountable."