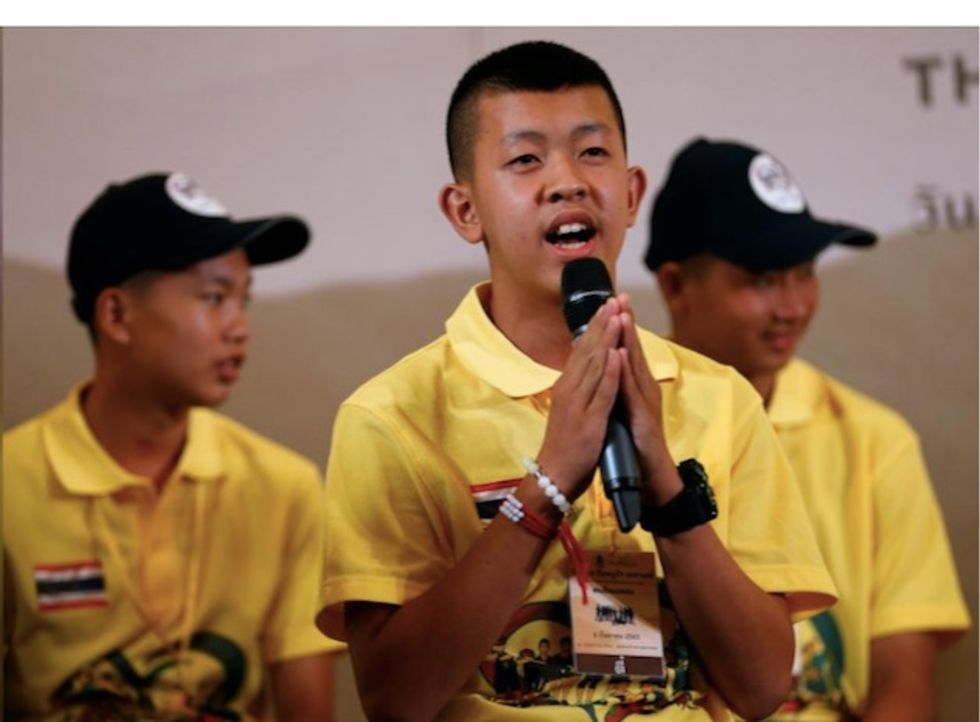 Thousands of Thais will feast royally in the capital on Thursday to celebrate the rescue of 12 boys and their soccer coach from a flooded cave, a dramatic and highly dangerous mission that gripped the world for more than two weeks.

The team will be guests of honor at a government-sponsored dinner to thank those involved in the rescue at Bangkok’s Royal Plaza, a large public square in the heart of city’s old quarter.

The dinner, partly sponsored by King Maha Vajiralongkorn, will cater for 10,000 guests, including foreign divers and cavers, according to the prime minister’s office.

All but one member of the “Wild Boars” team were last seen in public last month, their heads shaved after completing time as Buddhist monks in the northern province of Chiang Rai - a gesture to give thanks for their safe return and in memory of one Thai rescuer who died.

The boys and their 25-year-old coach, Ekapol Chanthawong, were exploring Chiang Rai’s Tham Luang cave on June 23 when they became trapped. They survived nine days on water dripping from rocks before they were discovered on a muddy mound by divers.

The boys and their coach attended an exhibition at a Bangkok shopping mall to celebrate their rescue where they said they had pretty much resumed their old routines.

“Things are back to normal, except now I have more friends,” said Chanin Wiboonrungruang, 11, the youngest of the group, with a big smile.

Wearing yellow shirts and baseball caps, the boys recounted their ordeal and the moment rescuers found them.

“It is indescribable how glad we were,” said Ekapol.

The rescue involved divers and volunteers from all over the world and ended on July 10 when the last of the group was brought to safety.