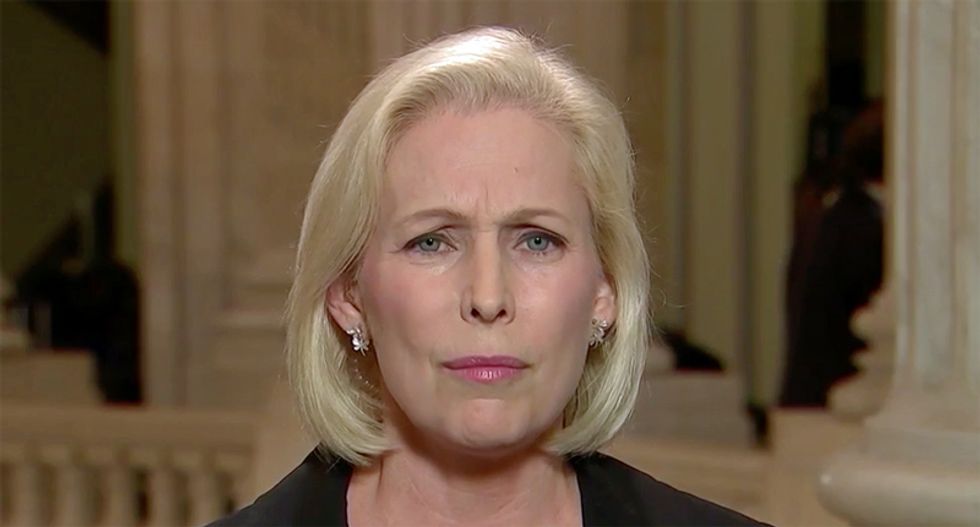 Gillibrand, who worked as an attorney before her election to Congress and subsequently the Senate, noted the contrast between President Donald Trump's nominee for the United States Supreme Court and the testimony of Dr. Christine Blasey Ford.

"I thought Dr. Blasey Ford's testimony was incredible," Gillibrand explained. "I thought she was so heartfelt, she spoke her truth so passionately, with such candor, with such emotion -- I was really inspired by what she did today."

"I thought the second half, though, was so discouraging," she continued. "I thought the way Judge Kavanaugh started with partisan attacks, it really made me question his fitness for this office for the fact that he does not have the temperament or the character or the honesty or integrity to be a supreme court justice."

"I was really disturbed by the second half of the hearing and disturbed by my Republican colleagues and how they acted and what they said," she added.

"Well, in some ways it was a tragic day for America, because to have those Republican senators disregard Dr. Blasey Ford's testimony, to have them seek as if she didn't just tell them what happened so honestly and so forthrightly and then to try to turn this hearing into a spectacle and accuse Democrats of being partisan and that this is some conspiracy -- I mean, it was shocking to me," she replied.

Gillibrand argued that Judge Kavanaugh, "turned this entire hearing into a sad story about himself, that he is somehow the victim here."