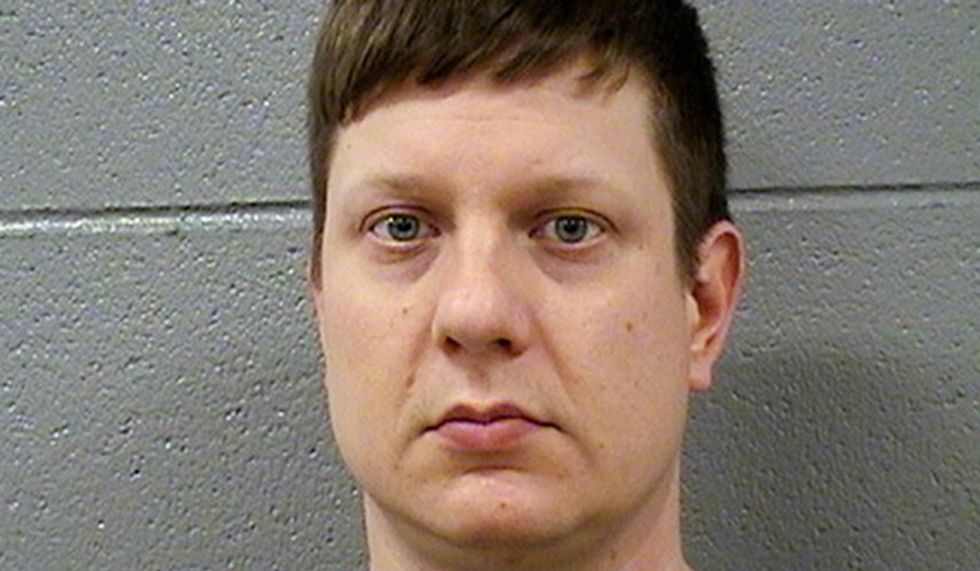 The trial of white Chicago policeman Jason Van Dyke, accused of murder in the 2014 shooting of a black teen, was scheduled to begin on Monday in a decisive case for race relations and policing in the third-largest U.S. city.

A soundless dashboard camera video released in 2015 showed police gunning down 17-year-old Laquan McDonald. It spurred protests, fed a national debate over the use of excessive force by police against minorities and led to the ousting of local officials.

The officer, now 40, opted for a jury trial on Friday following the selection of a 12-person jury and five alternate jurors.

The jury of four men and eight women includes seven white persons, three Hispanic people, one black person and one Asian person, based on appearances, the Chicago Sun-Times reported. Opening statements were expected later on Monday.

Van Dyke, who was suspended without pay after he was first charged in 2015, pleaded not guilty to murder and has said he felt threatened by McDonald.

McDonald was armed with a knife when he was shot. Van Dyke faces six counts of first-degree murder, 16 counts of aggravated battery - the same number of times prosecutors say McDonald was shot - and one count of official misconduct. Van Dyke is the first Chicago police officer to face a murder charge for an on-duty incident in decades.

The deaths of mostly unarmed black men at hands of police officers across the United States in recent years have led to protests and sometimes violence in major U.S. cities. The killings, some of which were captured on video, helped give rise to the Black Lives Matter movement and became an issue in the 2016 U.S. presidential campaign.

The video, released by the city more than a year after the shooting in response to a freedom of information lawsuit, sparked days of protests in Chicago. Former Chicago police Superintendent and mayoral hopeful Garry McCarthy was fired, voters ousted the prosecutor who charged Van Dyke, and activists called for the resignation of Chicago Mayor Rahm Emanuel.

Emanuel said on Sept. 4 he would not seek a third term after facing widespread criticism over his handling of the city’s gun violence, a stain on his national political legacy. He did not specifically cite McDonald in his announcement.

Three Chicago Police Department officers were indicted in June 2017 for conspiring to cover up McDonald’s shooting. They have not yet been tried.

Reporting by Suzannah Gonzales in Chicago; Editing by Caroline Stauffer and Matthew Lewis