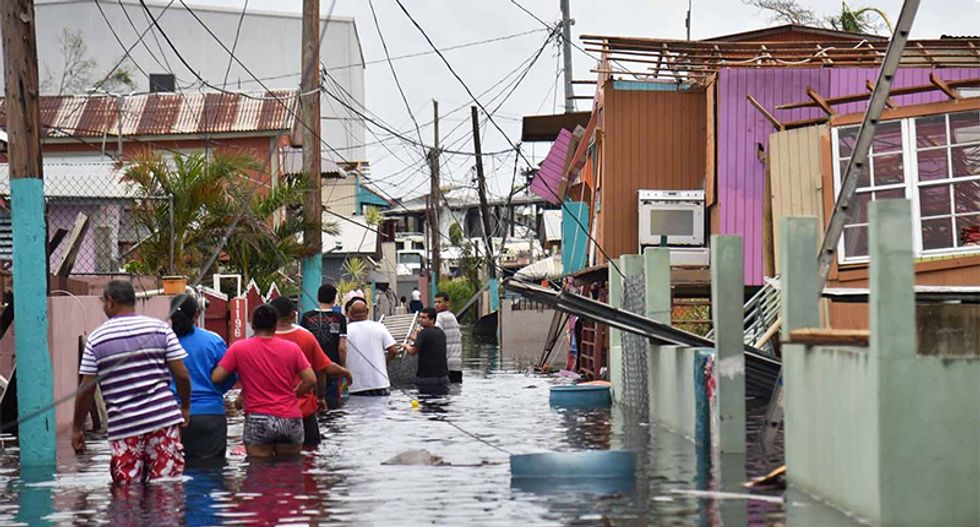 Sen. Jeff Merkley (D-OR) released a set of documents proving that President Donald Trump has slashed funding to FEMA so that he can do more deportations under the US Customs and Border Protection.

An entire column of funding has been slashed for FEMA, according to Merkley's documents, totally $10 million.

According to MSNBC's Rachel Maddow, a Department of Homeland Security spokesperson didn't dispute the authenticity of the document.

"Instead, [they] told us that the money didn't come from any of our disaster response and recovery efforts, but again, it appears that it did come from FEMA," Maddow reported.

According to the documents, however, the money comes from "response and recovery."

"It means that just as hurricane season is starting because it generally starts June 1, the administration is working hard to find funds for additional detention camps, and of course this is all part of the child separation policy," Merkley told Maddow. "And that's how this information came into my hands, because of my work on this issue of trying to stop the child separations."

He said that knowing what happened last year, the last thing Trump should be doing is taking money from FEMA.

"Then look what we've had since, a hurricane just barely missed Hawaii," he continued. "A tropical storm that almost became a hurricane hit Mississippi, and now we have this hurricane Florence bearing down on the Carolinas. I find it extraordinary. And by the way, Rachel, the chart you put up is the same chart I have in my hand right here. It says that money came from response and recovery right on it. So I would dispute the statement that this has no bearing on addressing the challenges from hurricanes."

"Senator, let me ask you one sort of technical question here, but one that may be important to the future of what happens next now that you have exposed this document," Maddow said. "Are there potential legal issues here? I know there is some flexibility in budgeting and that's sort of baked into the way the government runs. But is there a legal problem here of Congress specifically appropriated homeland security funds instructing the administration on how to spend money in this area, and then the administration ignored those instructions and decided to spend this money on something else?"

He said that the administration has the ability fo move this amount of funds, but that they must do a report to Congress about it. If the amount is over $5 million they have to tell the chair of the Appropriations Subcommittee. In this case, it would fall under the Homeland Security Subcommittee and the chair (in this case Sen. Shelley Moore Capito (R-WV)) must sign off.

Watch the interview with Merkley below: