Trump 'isn't talking to anyone' at White House after bombshell book: 'Everybody on the inside knows it’s true' 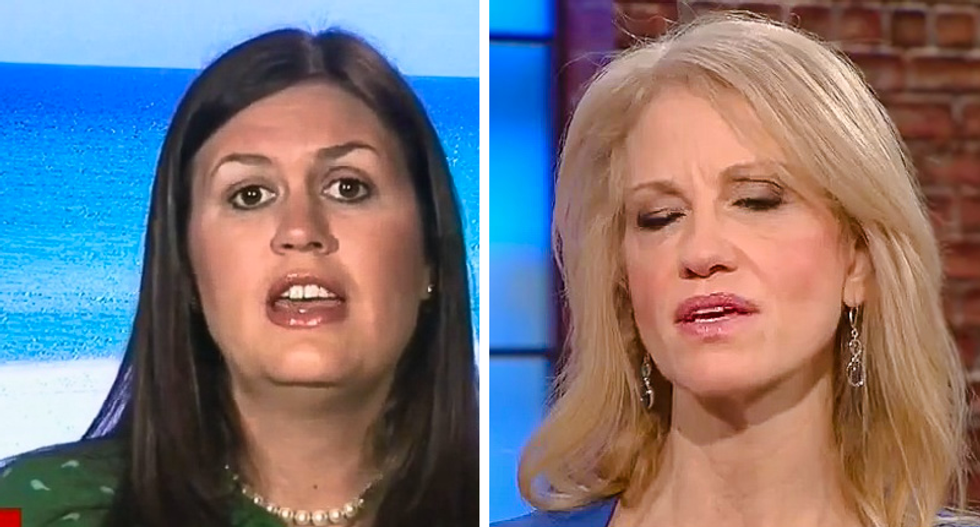 President Donald Trump reportedly "isn't talking to anyone" after a new bombshell book painted a White House in chaos.

According to Vanity Fair's Gabriel Sherman, Trump is hunkering down at the White House to weather the release of Bob Woodward's new book, “Fear: Trump in the White House." The book portrays the president as a mentally unstable man who cannot put together a functioning government.

“It’s pandemonium. He literally isn’t talking to anyone. He’s canceled meetings and is on the phone calling up his friends,” a source told Sherman.

Woodward’s book triggered Trump’s wrath on several levels. Two sources told me Trump is furious at the portions of the book that describe administration officials questioning his intelligence and emotional stability. Woodward reports that Chief of Staff John Kelly called Trump “an idiot” and the West Wing “Crazytown”; Defense Secretary Jim Mattis compared Trump to a “fifth- or sixth-grader”; and Trump’s former personal lawyer called Trump a “fucking liar” who would end up in “an orange jumpsuit” if he testified to special counsel Robert Mueller.

Sherman also notes that Trump "is also outraged that the book portrays aides as believing they are the grown-ups protecting the country from his dangerous impulses."

Trump has reportedly placed the blame on White House special counselor to the president Kellyanne Conway for allowing the book to be published.

“Everybody on the inside knows it’s true," one staffer explained to Sherman. "It’s just Fox News people who don’t want to admit how crazy he is.”

"Even Trump’s family is concerned the president is in deep trouble," Sherman concludes.