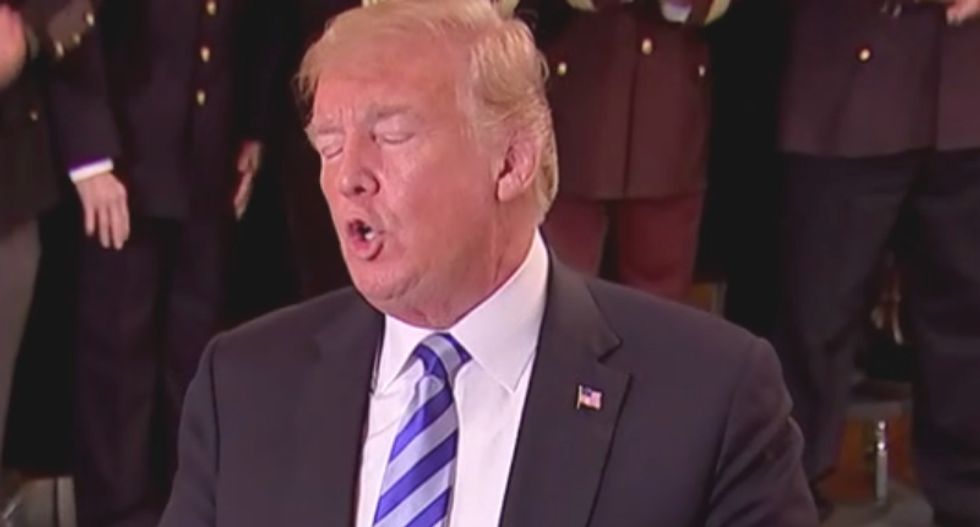 In a rambling speech that took place shortly after the New York Times published a bombshell editorial written by an anonymous senior official in the Trump administration, the president himself took shots at both the op-ed and the newspaper that published it.

"The failing New York Times has an anonymous editorial, can you believe it, anonymous, meaning gutless, a gutless editorial," he continued.