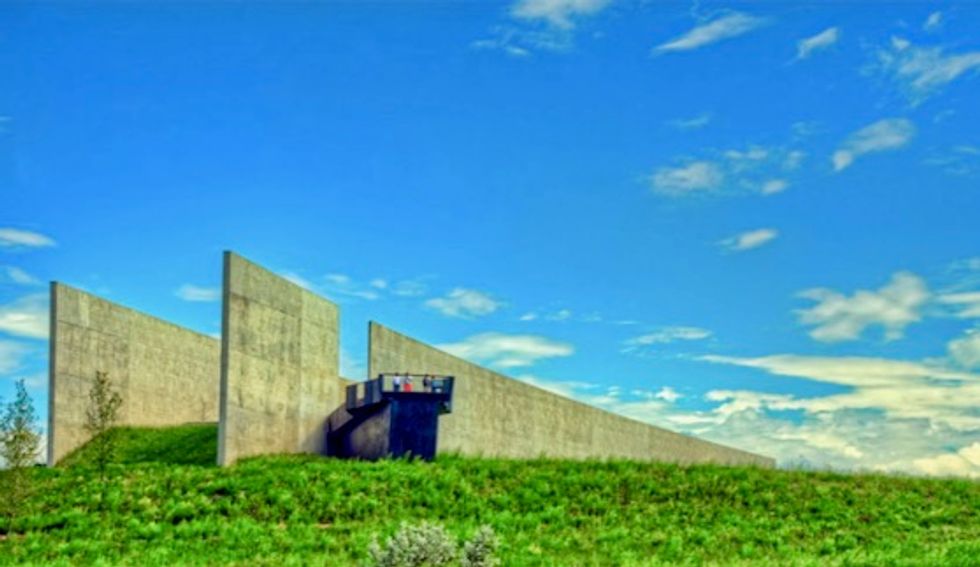 President Donald Trump has expressed a renewed motivation to get Congress to fund his anti-immigrant border wall with Mexico. In an interview with the right wing news outlet The Hill, the president said his visit on the 17th anniversary of the 9/11 attacks to the "gorgeous" Flight 93 memorial wall (image above) inspired him to push even harder.

"They built this gorgeous wall where the plane went down in Pennsylvania, Shanksville," Trump told the reporters. "And I was there. I made the speech. And it’s sort of beautiful, what they did is incredible," Trump said, speaking about the memorial wall.

"They have a series of walls, I’m saying, it’s like perfect. So, so, we are pushing very hard," he added.

Forty passengers and crew members were killed after they made the heroic decision to down their own plane rather than let al Qaida terrorists fly it into the Capitol building in Washington, D.C.

Meanwhile, in other border wall news, New York Magazine reports "Spanish foreign minister Josep Borrell revealed this week that Trump proposed Spain build a wall across the Sahara to stem the flow of migrants into Europe."

"When diplomats brushed aside the idea and pointed out that the desert is 3,000 miles long, Trump pushed back. 'The Sahara border can’t be bigger than our border with Mexico,' he reportedly said. It is, in fact, bigger."