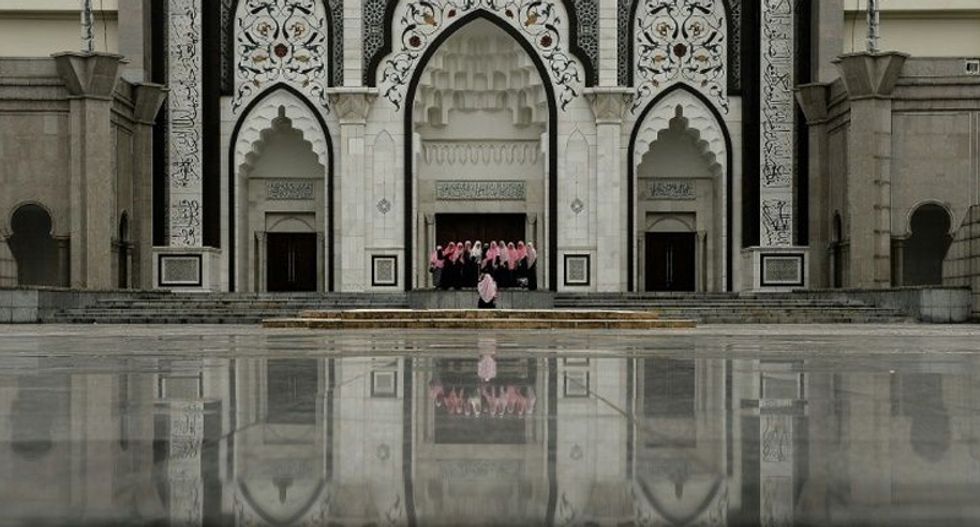 Two Malaysian women were caned Monday for having lesbian sex in violation of strict Islamic laws, sparking outrage from activists at the "inhuman and degrading" punishment.

The women, dressed in white dresses and Muslim headscarves, were each given six strokes as they sat on stools in a sharia court, with one of them breaking down in tears.

Campaigners said it was the first time women in Malaysia have been caned for violating a sharia regulation which forbids same-sex relations. They said the case highlights the worsening climate for gay people in the Muslim-majority country.

The country operates a dual-track legal system. Islamic courts can handle religious and family matters for Muslim citizens, as well as cases such as adultery.

The women, aged 22 and 32, were arrested in April by Islamic enforcement officers after they were found in a car in a public square in the northern state of Terengganu, one of the country's most conservative areas.

The pair, whose identities have not been revealed, pleaded guilty last month to breaking Islamic laws and were sentenced to be whipped and fined 3,300 ringgit ($800).

They were caned at the Sharia High Court in the state capital Kuala Terengganu.

A judge read out their sentence just before 10:00 am (0300 GMT) and then officials meted out the punishment using thin canes in front of a packed courtroom, according to a journalist in the court.

The younger woman sobbed but the elder one showed no reaction.

The punishment sparked a barrage of criticism, with Malaysian rights group Women's Aid Organisation saying it was "outraged and appalled by this grave violation of human rights.

"Sexual acts between two consenting adults should not be criminalised, let alone punished with whipping."

Amnesty International said it was a "dreadful reminder of the depth of discrimination LGBT people face in the country and a sign that the new government condones the use of inhuman and degrading punishments, much like its predecessor".

Court official Wan Abdul Malik Wan Sidek defended the punishment, saying it was not as tough as caning carried out for numerous crimes under Malaysia's civil law.

Caning under Islamic law is carried out with a relatively thin cane on subjects who are fully clothed, and is more about humiliation than causing pain.

A reformist alliance took power in Malaysia at historic May elections, fuelling hopes that lesbian, gay, bisexual and transgender (LGBT) people might face less discrimination in a country where authorities have routinely targeted them in the past.

But instead, campaigners say the environment for homosexuals appears to have deteriorated markedly in the mult-ethnic country. About 60 percent of the 32 million inhabitants are Muslim.

The Islamic affairs minister has spoken out against homosexuals and ordered pictures of LGBT activists to be removed from a public exhibition, while a transgender woman was brutally attacked in the southern state of Negeri Sembilan.

Thilaga Sulathireh, from transgender rights group Justice for Sisters, said the caning would only "increase the impunity of perpetrators to carry out acts of violence" aimed at gay people.

Lesbian sex is illegal for Muslims in Malaysia under Islamic laws, but not for the country's substantial minorities of ethnic Chinese and Indians.

Sodomy is a crime for all ethnic groups under a law dating back to British colonial rule, although the statute is rarely enforced.