Unwavering support of Kavanaugh shows GOP knows 'the House is gone' and is betting on the Senate: NYT sources 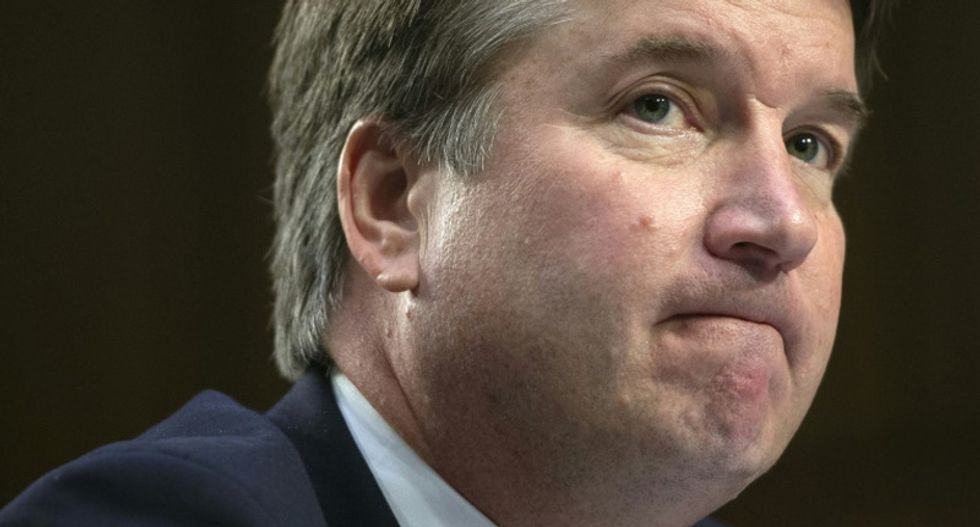 The decision to push through the Supreme Court nomination of Brett Kavanaugh despite the angry reaction of suburban white women shows that the Republican Party knows it's likely to lose control of the House of Representatives, but is betting on winning Senate seats in red seats, a half-dozen political advisers from both sides of the aisle told the New York Times.

The decision to push through an ultra-conservative judge accused of multiple sex crimes shows that the GOP is confident that a favorable Senate map, in which red state Democrats are defending their seats, will break their way.

“They’ve played to their hard base but that base isn’t big enough for them to carry the day across the country,” said Representative Dina Titus, Democrat of Nevada. “The people they lost by doing this are women they need in the suburbs regardless of what their party registration is.”

Mitch McConnell's adviser said that Republicans are showing they will stand up to a "liberal mob" to shore up their base.

“He understood immediately that if we’re not willing to stand up to the liberal mob in collusion with the media than there’s going to be a whole lot of Republicans asking themselves: ‘Why am I voting for this party?’” said Scott Jennings, an adviser to Mr. McConnell.

Even Chris Jankowski of the pro-Kavanaugh Judicial Crisis Network crowed that red state senators up for election had to now support Kavanaugh but also admitted that the party could pay a price in Congressional and gubernatorial races.

“Senators Manchin and Heitkamp must vote for Kavanaugh to have even a glimmer of hope to win in November. The numbers are just that clear," he said. “This will obviously reverberate beyond U.S. Senate elections and where there is a blue wave coming, it will get bigger, which raise issues for congressional races and state elections.”

Alixandra Lapp of the House Democratic super PAC said that the party is all but giving up on suburban women.

“It’s like they’ve got a strategy to drive their support among suburban women down into the teens and they’re executing it brilliantly,” she said.

"Maybe they believe the House is gone,” he said, “but they almost certainly are increasing that prospect.”