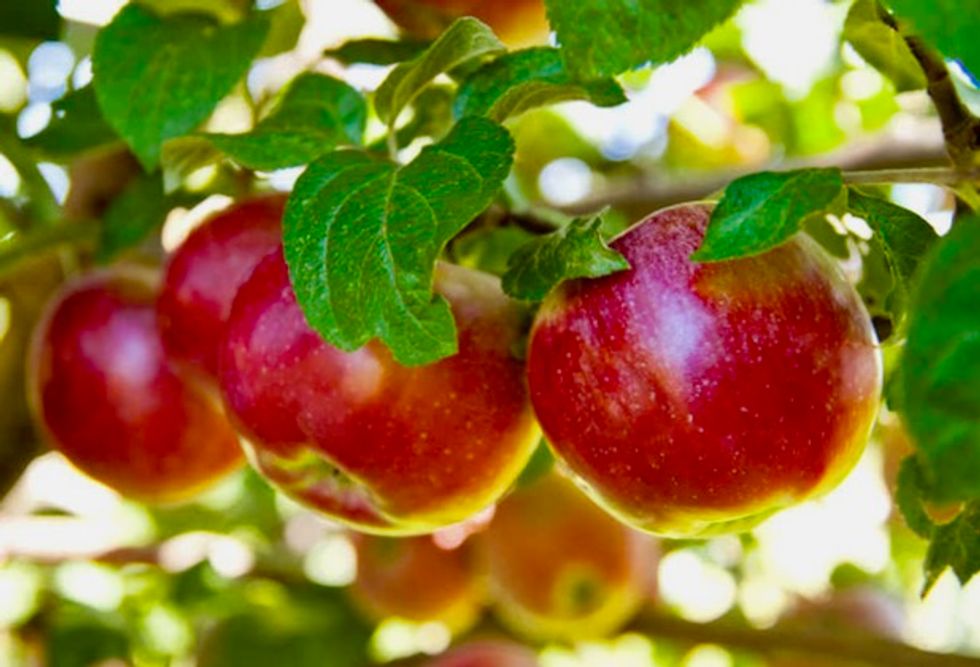 Apple farmers across the U.S. Northwest fear they will be the next victims of a U.S.-China trade war that left cherry growers in the same region with weak prices and having to scramble for alternative buyers because of prohibitive Chinese tariffs.

U.S. President Donald Trump has dealt a blow to farmers this year with strong-arm trade tactics that have prompted retaliation from key markets for U.S. products, including the sweet cherries and apples that speckle landscapes across the Western United States from summer through autumn.

“We’d like this to be settled right away, but it doesn’t seem like it will be, so we’re just holding on,” said Ray Norwood, director of sales and marketing for Auvil Fruit Co, a Washington grower of cherries and apples.

The apple is the state’s top agricultural crop, representing some $2 billion to $2.5 billion in sales each year, according to the Washington Apple Commission. While the bulk of these apples are consumed domestically, about 30 percent are exported and are vulnerable to tariffs.

China is the world’s largest producer of the fruit, but it has also become a major destination for U.S.-grown varieties like Red Delicious and Gala apples, according to industry experts.

Cherry producers, which ship about a third of their fragile and highly perishable crop overseas, saw shipments held up at Chinese ports and ultimately slapped with prohibitive duties in the harvest, which ran through mid-August. That had a notable impact on Auvil’s bottom line, Norwood said.

Auvil had to lower prices and find alternative destinations as China is one of the top three export markets for about 80 percent of the farm’s cherry sales.

One Shanghai-based fruit retailer said many cherries went to Hong Kong instead of Mainland China. Prices there dropped from an average of HK$50 (US$6.40) per pound to as low as HK$30 per pound in a landmark century-old fruit market in Kowloon’s Yau Ma Tei district.

Growers of apples and other specialty crops are worried they may experience the same fate that cherry growers and shippers already faced: having to scramble for alternative buyers at lower prices because steep duties imposed by China, India and Mexico make their products too expensive for those markets.

The governments of those key destinations have countered Trump’s tariffs with hefty levies of their own.

The same uncertainty is plaguing growers of almonds, pistachios, pears, peaches and other produce and high-value crops. The direct impact of the tariffs on U.S. fruit, vegetable and tree nut sales is expected to swell to more than $2.6 billion, according to a recent study conducted by University of California Davis economists.

U.S. Agriculture Secretary Sonny Perdue unveiled a $12 billion aid package last week that included $1.2 billion for the purchase of apples, pears, pistachios and other such crops, but farmers said it likely would not be enough.

Dennis Nuxoll, vice president of federal affairs for the Western Growers in Washington, DC, said the group never expected U.S. Department of Agriculture to make up for growers’ losses but had hoped for more direct assistance.

The group said in a statement that the aid program “will fall substantially short.”

Auvil is based in Orondo, a town nestled in Washington state, home to about 60 percent of U.S. fresh apple production.

Apple sellers like Auvil are bracing for the same downturn that hit cherries, just as U.S. orchards ramp up harvesting of some 4.7 million tonnes.

“I don’t know just how much it’ll be down, but we do think it’ll be drastic,” said Rebecca Lyons, international marketing director of the Washington Apple Commission in Wenatchee, Washington, noting effective 50 percent levies on U.S. apples in China.

Mexico, India and China, which are expected to have duties in place during the shipping season, represent about half of total U.S. export volumes of the fruit, she said.

“The global apple market is very competitive ... Even if the tariffs are lifted, it’ll be harder for us to get back into those markets.”