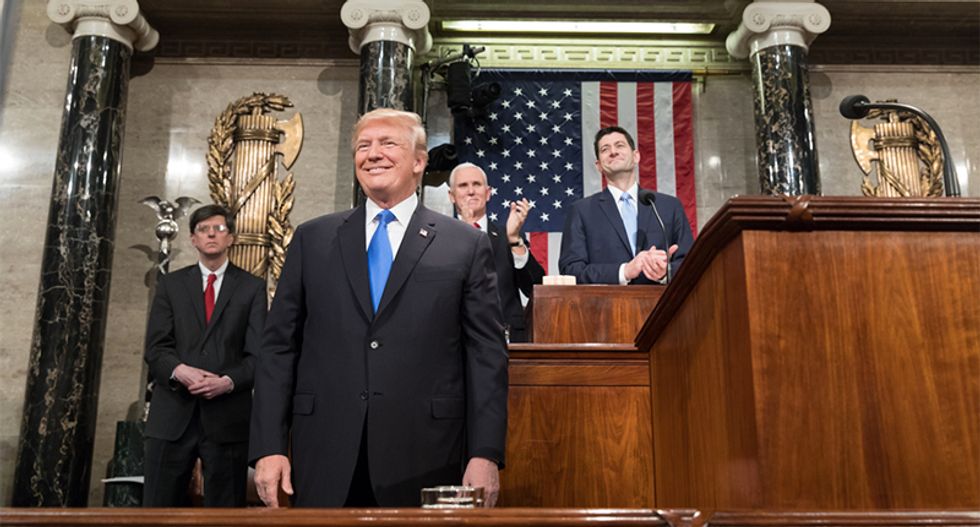 The Republican Party has railed against deficits and spending for decades and GOP presidents and Congressional leaders have worked to cut spending. When given the bank, however, President Donald Trump and the Republican Congress have delivered spending that will usher the U.S. into a $1 trillion deficit two years before expected.

According to an Axios report, the Congressional Budget Office numbers revealed the deficit exploded by $222 billion in just one year.

The Republican tax bill is the culprit, increasing spending by 7 percent while incoming revenue is only at 1 percent.

The Republican Congress announced this week that they want to pass part two of their tax plan. The preliminary estimations show that alone will skyrocket the deficit to $2 trillion.

“When you don’t have to make legislative compromises and have things you want to do, it’s easy to set aside fears about the budget deficit,” said Robert Bixby, executive director of the Concord Coalition.

“It’s a great talking point when you have an administration that’s Democrat-led,” said Rep Mark Walker (R-NC), chairman of the Republican Study Committee. “It’s a little different now that Republicans have both houses and the administration.”

Now, however, Republicans have decided spending is not only acceptable, they're ready to balloon deficits more dramatically than any Democrat ever did.