US judge suggests he may dismiss Stormy Daniels lawsuit against Trump 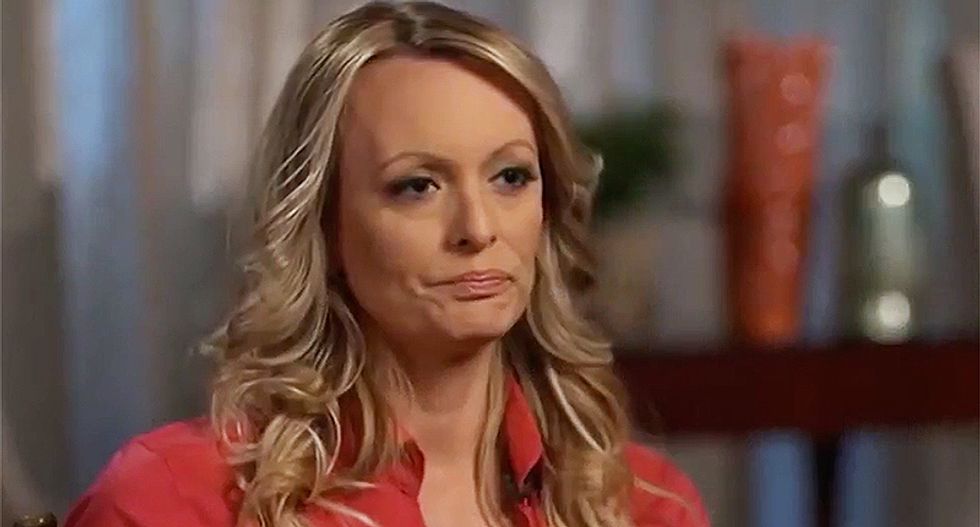 President Donald Trump likely had a free-speech right to make a Twitter comment disputing allegations by adult film actress Stormy Daniels, a federal judge said on Monday, indicating he was inclined to dismiss her defamation lawsuit against Trump.

Daniels, whose real name is Stephanie Clifford and who has said she had a sexual encounter with Trump in 2006, sued the president for defamation in April in federal court over the tweet.

The lawsuit centers on Daniels’ assertion that a man approached her in 2011 in a Las Vegas parking lot and made a veiled threat after she agreed to talk about her alleged encounter with Trump to In Touch magazine.

Soon after Daniels released a sketch of the man she said threatened her, Trump, who has denied having an affair with Daniels, disputed her account on Twitter, saying: “A sketch years later about a nonexistent man. A total con job, playing the Fake News Media for Fools (but they know it)!”

Daniels’ attorneys said the tweet portrayed her as a liar, but attorneys for Trump asked a federal judge in Los Angeles to dismiss the defamation lawsuit.

“The question is whether the tweet by the president is protected communication or political hyperbole and non-defamatory on its face,” U.S. District Judge James Otero said at a hearing on Monday.

Otero cited certain protections from defamation Trump would have under the U.S. Constitution’s guarantee of free-speech rights.

Otero stopped short of issuing a formal ruling on the request to dismiss the lawsuit.

Michael Avenatti, an attorney for Daniels, told reporters outside court he expected Otero to make a ruling within days, and that he would appeal if the case were dismissed.

The lawsuit was originally filed in New York but was transferred to Otero’s court in Los Angeles because he is holding hearings on another lawsuit involving Daniels.

The White House, after the plea, denied any wrongdoing by Trump.