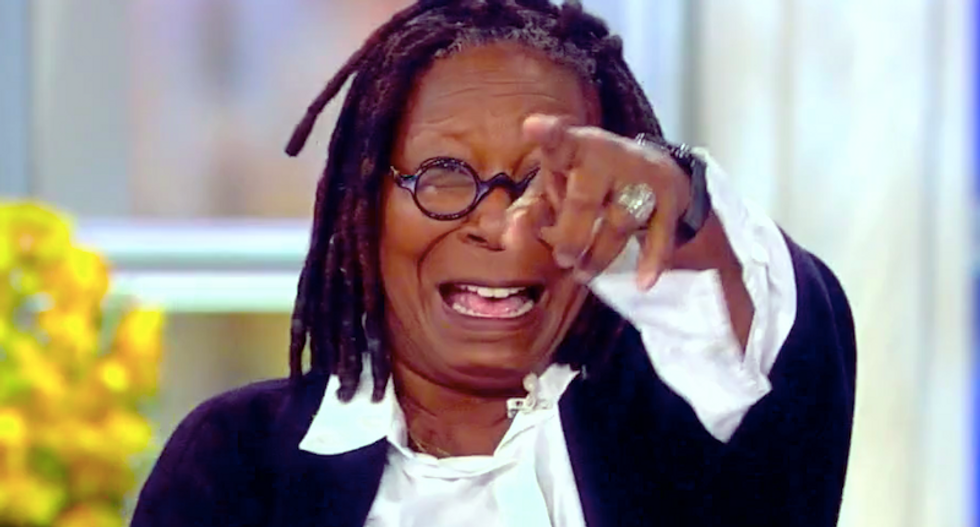 "The View" host Whoopi Goldberg poured on another dose of mockery for President Donald Trump -- whose boasts were greeted with open laughter at the United Nations.

The president bragged Tuesday during a speech before the UN that he had accomplished more than almost any other administration in U.S. history, and delegates burst into laughter, which Trump tried to brush off with a joke and then by claiming his remarks were intended to be humorous.

"He wasn't mortified, he was surprised," Goldberg said. "I think he thinks that everyone buys it."

Goldberg then adopted an African accent to illustrate how Trump might have thought his boasts would be greeted.

"(He thinks) that everyone is going to say, 'Yes, you've done more in the whole history of the world," Goldberg said.

"And think that people aren't going to go," she added, laughing riotously and pointing "'You so silly, you so silly, dummy.'"