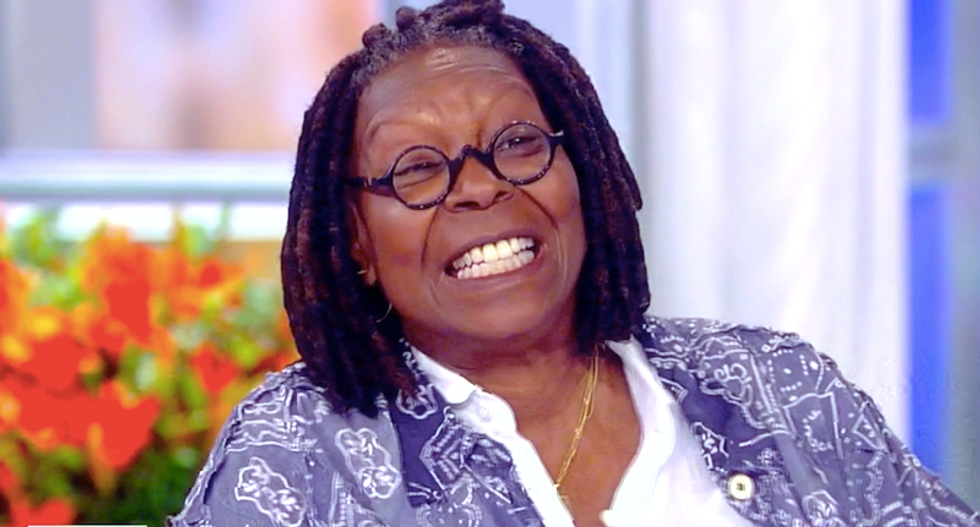 "The View" host Whoopi Goldberg said President Donald Trump seems to be even worse at his job than what's depicted in Bob Woodward's new book about a chaotic White House environment.

The veteran journalist reported that Trump staffers grab papers from his desk and trick him out of making decisions that could harm national security, and Goldberg said the president seems mentally checked out of the White House.

Co-host Sunny Hostin said the president seems to spend most of his day watching television in the White House residence, rather than spending time in the Oval Office, and new cast member Abby Huntsman said that triggers most Trump tweets.

"He tweets this stuff, a lot of the insults, he'll say publicly," Huntsman said. "There's another problem here. The White House has struggled with leaks from Day 1."

Goldberg blamed the leaks on Trump himself.

"You know who the biggest leaker has been," she said. "He is the leaker-in-chief. He leaks more information than anyone else. In the old days, you would see stuff in the columns. He would call up the columns pretending to be somebody else. It's him."