Is Washington's Cardinal Wuerl getting kicked out of DC in wake of abuse cover-up allegations? 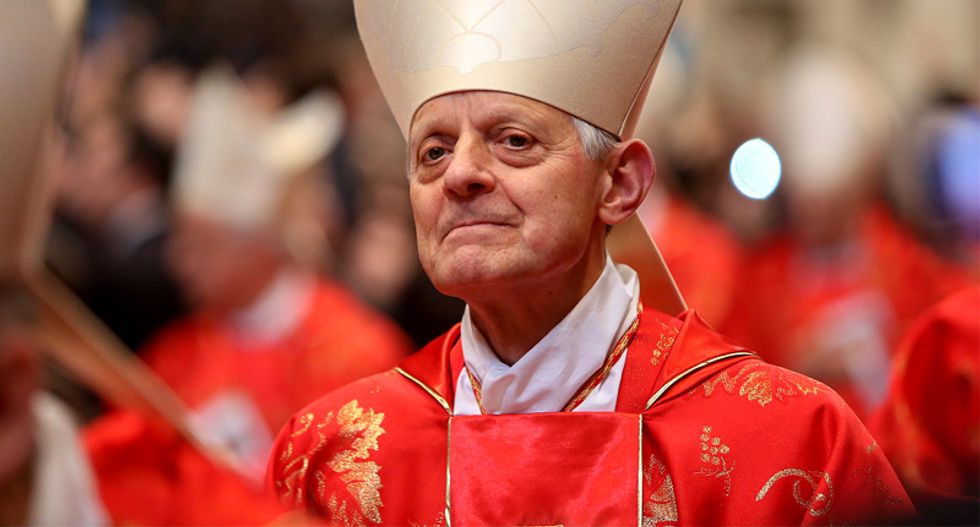 Cardinal Donald Wuerl was shouted down Sunday during Mass in Washington, D.C. after being attacked all week for his role in sexual abuse cover-ups in Pennsylvania. Now it seems the same fate might befall the cardinal  the Vatican has used to shelter others before.

According to CNN, Pope Francis met with the embattled man last week where the two "discussed the cardinal's personal situation," one source said Monday.

Pope Benedict XVI came under fire for allowing sexual abusers to hide from legal ramifications behind the walls of the Vatican.

"Archbishop Carlo Maria Vigano, who was papal nuncio, or ambassador, in Washington from 2011 to 2016, accused Francis and Benedict of being aware of and tolerating the transgressions of Cardinal Theodore McCarrick, the former archbishop in Washington, for years," The Los Angeles Times wrote in August.

McCarrick isn't the only one, nor is Pope Benedict the only Pope who has rescued a priest from prosecution under child molestation laws around the world.

A high-ranking priest from the embassy in Washington was brought back to the Vatican in 2017 after US prosecutors said they wanted to charge the man in a child abuse images investigation. Prosecutors had asked the State Department to wave diplomatic immunity so they could arrest the priest, but the Vatican brought him back to Rome instead. This in spite of the fact that Pope Francis pledged a "zero tolerance" policy on sexual abuse in the church.

The Vatican also brought back its envoy when then-ambassador to the Dominican Republic was accused of sexually abusing young boys. He was recalled in 2013.

Pope Francis told Wuerl to consult with his priests on his future in D.C. "That was part of a larger conversation between the Pope and Wuerl," the source told CNN.

Wuerl has "categorically denied" that Cardinal Theodore McCarrick was brought before him to face the accusations. He defended his record of handling the abuse in Pittsburgh even while admitting he had made "errors in judgment."

During Sunday's Mass, parishioner Brian Garfield stood in the middle of the church and shouted "Shame on you!" then walked out.

"Yes, my brothers and sisters, shame," was Wuerl's response. "I wish I could re-do everything over these 30 years as a bishop and each time get it always right. That's not the case. I do think together, asking for God's mercy, pleading for God's grace, recognizing that we can move into the light, I simply ask you to keep me, keep all of those that have been abused, all of those who have suffered, all of the church in your prayers."