WATCH: CNN host stunned as GOP operative says Kavanaugh should be confirmed even if his accuser's claims are true 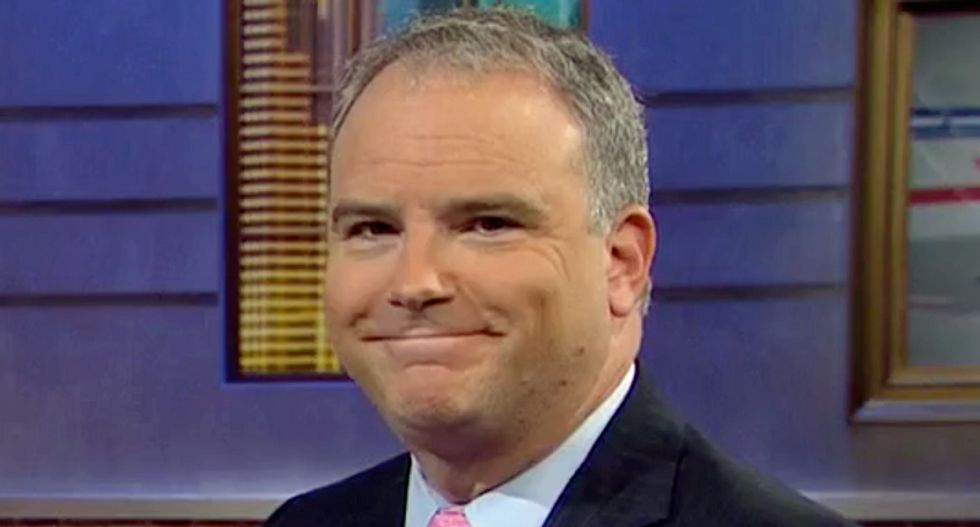 Republican political operative Brian Robinson says that even if every allegation against Judge Brett Kavanaugh is true, the conservative Supreme Court nominee should still be confirmed.

Robinson, the former spokesman for Gov. Nathan Deal (R-GA), claimed on CNN that the allegations by Prof. Christine Blasey Ford do not even constitute a crime.

"Let her tell her story, because we're going to confirm him, he is going to be on the Supreme Court," Robinson predicted.

"Let me come back to this statement from you, that nothing she alleged disqualified him from the Supreme Court, even if it is true, even if he sexual assaulted her when he was 17 and she was 15, that's not disqualifying?" CNN's Victor Blackwell asked. "He should be confirmed?"

"This was not a rape, everybody was fully clothed," Robinson answered.

"Is it inappropriate? Absolutely. Is that how any young man should treat any young woman? Absolutely not," he continued. "But if you went back, put this in a larger context, they were 17-years-old, no crime was committed, something terribly inappropriate that we should teach young men not to do for sure, this is not something for a 17-year-old should disqualify them when they are in 50s and have shown to be responsible adults."

"One sexual assault is a gimme?" Blackwell asked.

"Look, there are gradations, different grades are sexual assault," Robinson answered. "I think we need to be careful about criminalizing 17-year-old's behavior."

"This is an acceptable level of sexual assault?" Blackwell followed-up.

"It is a not crime," Robinson claimed.