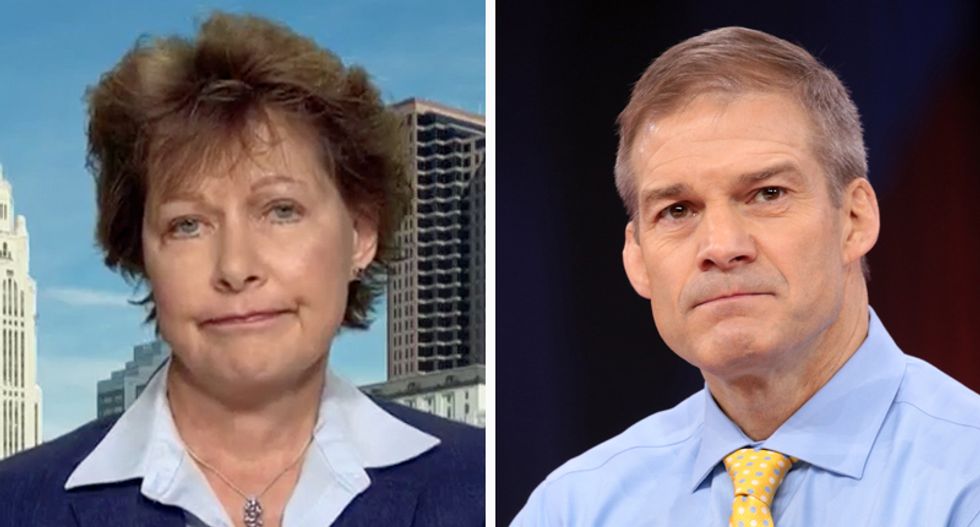 The Democratic Party nominee challenging Freedom Caucus leader Rep. Jim Jordan (R-OH) slammed men in authority who turn a "blind eye" to sexual abuse during during an interview with CNN on Saturday.

Rep. Jordan has been accused of deliberately ignoring the sex abuse scandal at the Ohio State University.

Janet Garrett was interviewed by Christie Paul. In 2012, Paul authored the book Love Isn't Supposed to Hurt, detailing her own tale of emotional abuse from her ex-husband.

Garrett posted her #MeToo movement story on Twitter this week.

I'm running for Congress now, and I have found my voice. And I want other women to know that they can find their vo… https://t.co/lvXSwUWejZ
— Janet Garrett (@Janet Garrett)1537970285.0

"I understand you were married and that you finally called police about your husband at the time, you called them on Christmas Day," Paul noted. "Help us understand what happened there."

"He came home drunk, beat the hell out of me," she explained. "Kept beating me, he told me he was going to rape me, dragged me into the bedroom -- but happily the police arrived."

"They took us both down to the station and they took photographs of my severely bruised body, which was very humiliating, I can tell you, but they did not arrest him because they didn't want the poor guy to be in jail over Christmas," she recounted. "They had more sympathy for him than they had for me and I think this is the problem."

"We have too many men in authority positions who are willing to feel sorry for the 'poor guy' and not recognize the plight of the woman who is in this situation," she explained.

"I am running against Jim Jordan in Ohio's fourth congressional district and when you're talking about sexual abuse, this is something that he has, in his campaign is facing this scandal with OSU," she reminded.

"That's the first thing that we've got to do and when I get to Congress, that will be one of my missions," she promised.