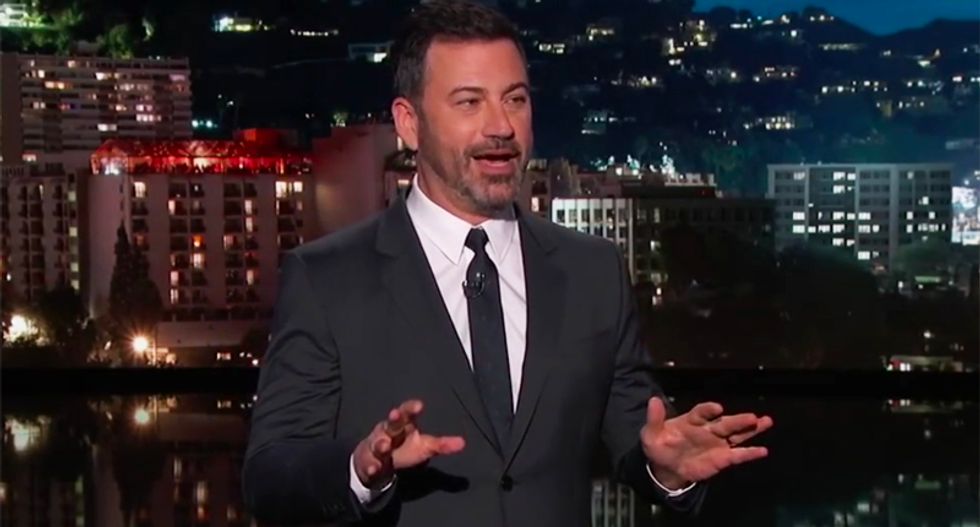 Kimmel began by sharing expensive excerpts from the extraordinary criticism of the president of a person who claims to be part of the "resistance" undermining Trump.

Appearing both amused and stunned, Kimmel quipped, "I have to say, I’m surprised by how good of a writer Ivanka Trump is."

Like many, Kimmel focused on the use of the word "lodestar" in the op-ed, saying: "That is not a common word, lodestar, not a lot of people use that word. But you know who does use that word? This guy."

"That's right, Vice President Michael Elizabeth Pence uses the word 'lodestar,'" Kimmel laughed afterward. "Wouldn't that be something if it was Mike Pence? "

"Trump just announced that the first mission of the Space Force is to destroy the lodestar," he continued to applause.

Kimmel went on to add, “Could you imagine what it must be like to have a job at which almost everybody who works for you thinks you’re a complete idiot?" before pausing to add, “I can! I’ll tell you something, it’s no fun at all.”