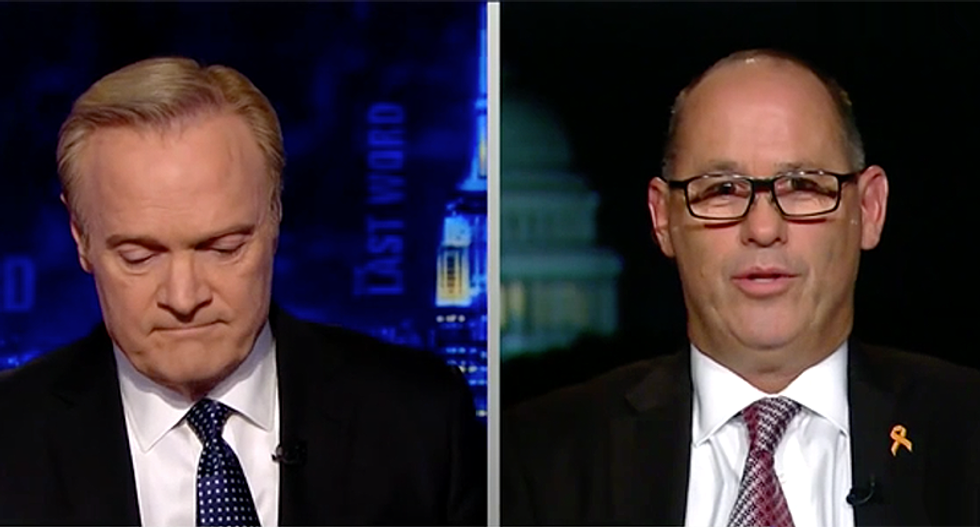 During the final moments of his Tuesday show MSNBC host Lawrence O'Donnell described the shocking scene when Brett Kavanaugh turned his back on the father of a fallen Parkland student.

O'Donnell noted Kavanaugh's commentary about his family and his children, which he found to be touching, but wondered how he could then deny Guttenberg.

"I had high hopes for Brett Kavanaugh. High hopes that he would find Fred Guttenberg in the audience and just shake hands with him, say something sympathetic to a grieving father in his opening remarks, perhaps, but he didn't," O'Donnell said. "He could easily have just added a sentence or two. That's the most it would take to his opening remarks. He didn't say a word about Fred Guttenberg or Fred's daughter Jamie."

The MSNBC host said that he loves that Kavanaugh coaches his daughter's basketball team and that he gave a shout out to sixth graders. However, they are teenage girls who get to have a life, while Guttenberg's daughter does not.

"I know that confidence on the basketball court translates into confidence in other aspects of life. Not if you don't get to have a life. Not if a mass murderer walks into your school when you're 14 years old and takes your life away, and that's what happened to Jamie Guttenberg, and now her dad goes everywhere he can and reaches his hand out to everyone he can to try to bring sanity to America's gun laws," O'Donnell said.

He explained that the father did the same during the March for our Lives earlier this year. O'Donnell was in Washington, Guttenberg saw him and stuck out his hand, just as he did with Kavanaugh.

"'I am Fred Guttenberg, I'm the father of Jamie Guttenberg who was murdered at Parkland,'" O'Donnell recalled. "And those words, those words froze me in place, listening to every word that he had to say. Marveling that he could compose himself and smile through that unimaginable burden of grief. And today Fred Guttenberg tried that same approach with the nominee for the Supreme Court of the United States and the nominee turned his back on him and then when given a chance to apologize, to clarify, it didn't seem to even cross his mind."

Watch the full commentary and interview below: