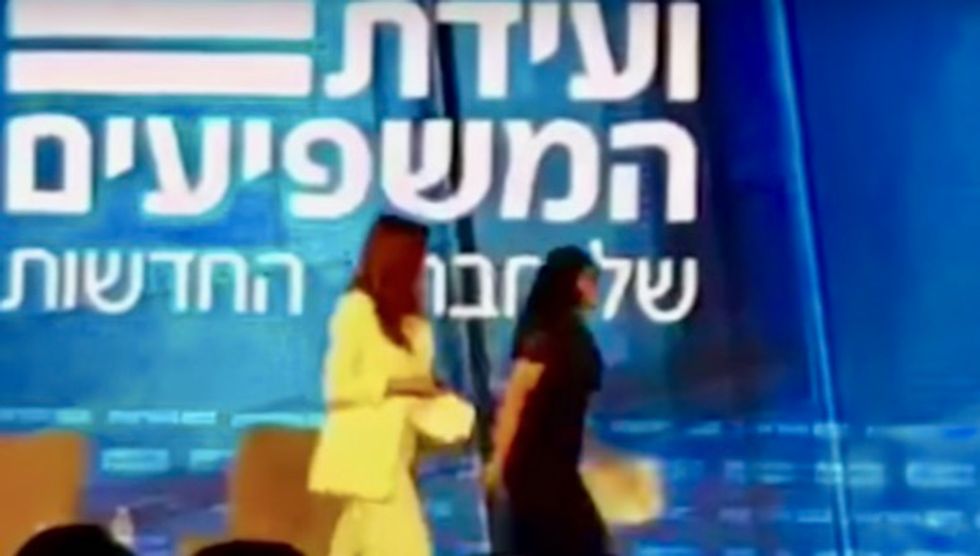 Monica Lewinsky cut short an Israeli interview and walked off stage after what she described on Tuesday as an “off limits” question about former U.S. President Bill Clinton.

Lewinsky, whose affair as a White House intern with Clinton in the 1990s nearly brought down his presidency, sat for an interview with an Israeli TV anchor at a Jerusalem speaking event on Monday where the now 45-year-old anti-bullying activist delivered an address on the dangers of social media.

She abruptly rose from her seat and strode off stage after the opening question - on whether she still expected a personal apology from Clinton.

“I’m so sorry. I’m not going to be able to do this,” Lewinsky said before walking away.

Clinton, asked in an NBC interview in June whether he felt he owed Lewinsky an apology, replied: “No. I have never talked to her, but I did say publicly on more than one occasion that I was sorry.”

Tweeting about her reason for leaving the stage in Jerusalem, Lewinsky wrote: “There were clear parameters about what we would be discussing and what we would not.

“In fact, the exact question the interviewer asked first, she had put to me when we met the day prior. I said that was off limits ... I left because it is more important than ever for women to stand up for themselves and not allow others to control their narrative.”