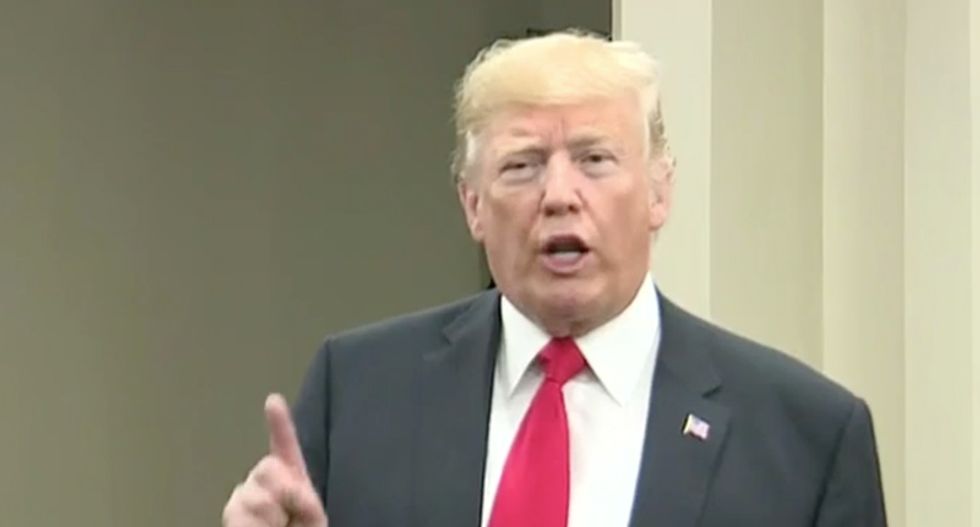 In the face of two new allegations of sexual assault by his Supreme Court nominee Brett Kavanaugh, President Trump made it clear he stood by his nominee in some impromptu remarks after his appearance at the United Nations Monday. In those remarks, made in the wake of new allegations revealed by The New Yorker and by Stormy Daniels' lawyer Michael Avenatti, the president expressed his disdain for the women who claim Kavanaugh sexually assaulted them in the 1980s.

"Judge Kavanaugh is an outstanding person and I am with him all the way," Trump said of his nominee, who already denied accusations that he drunkenly held down a 15 year old girl while trying to rip off her clothing. Kavanaugh now denies new allegations that, again under the influence of alcohol, he pulled down his pants and waved his genitals in the face of a college classmate.

"I think it could be, there could be a chance of this could be one of the single most unfair, unjust things to happen to a candidate for anything," Trump added, neglecting to mention Supreme Court nominee Merrick Garland, whose nomination languished for more than a year as Republicans refused to hold confirmation hearings.