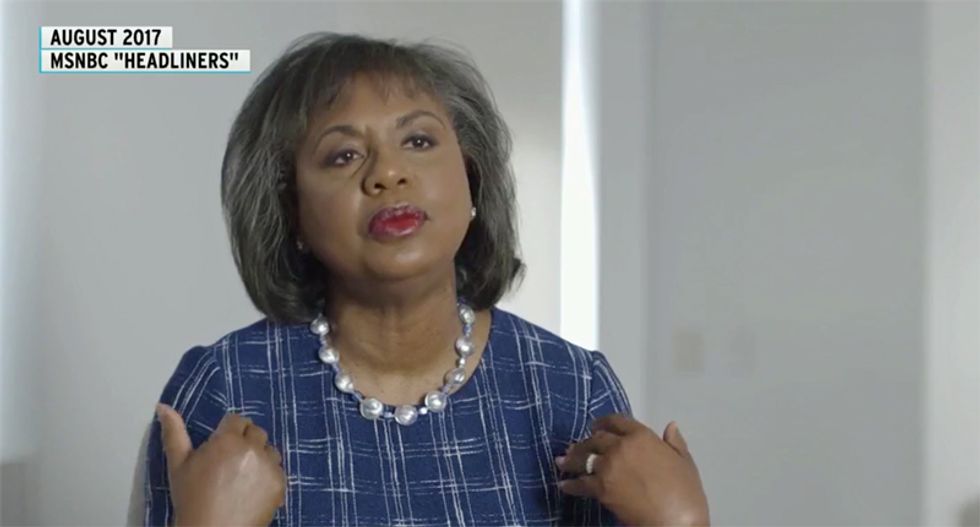 Attorney Anita Hill in unaired footage from MSNBC's "Headliners" in 2017.

MSNBC's Rachel Maddow dug up never-before-aired footage of Anita Hill reflecting upon her experience testifying about alleged sexual harassment at the confirmation hearings for Clarance Thomas.

Maddow came across a transcript of the unaired footage, and shared it with her viewers to conceptualize what is facing Dr. Christine Ford when she testifies against Judge Brett Kavanaugh on Monday.

"The most difficult part, my parents were in -- my mother turned 80 on the day of the vote to confirm Clarence Thomas, and I believed the difficult part was to watch my parents, who were elderly people, who had lived good lives and raised their children and to be honest and truthful and hardworking and all of the things that we want parents to do for their children," Hill recounted.

"To watch them go through it, the sense that they felt that they couldn't protect me from it, and I think it was really hard on them," she continued.

"It undermined their confidence in whether or not the government truly represented them and for an African-American family, those kinds of questions have existed," Hill reminded.

"And to have it personalized, I think was really difficult, but I have to say they were so strong and so wonderful and so supportive, and they never wavered," she noted.

"But it was still hard for me to watch them go through that and to know that I couldn't protect from the feelings that they had," Hill concluded.

Maddow -- after a warning for parents of young children to consider pushing the "mute" button -- played video of Hill introducing her family before questioning. Hill was then pressed to testify on the content of pornographic films and the views Thomas held on the size of adult film star Long Dong Silver.