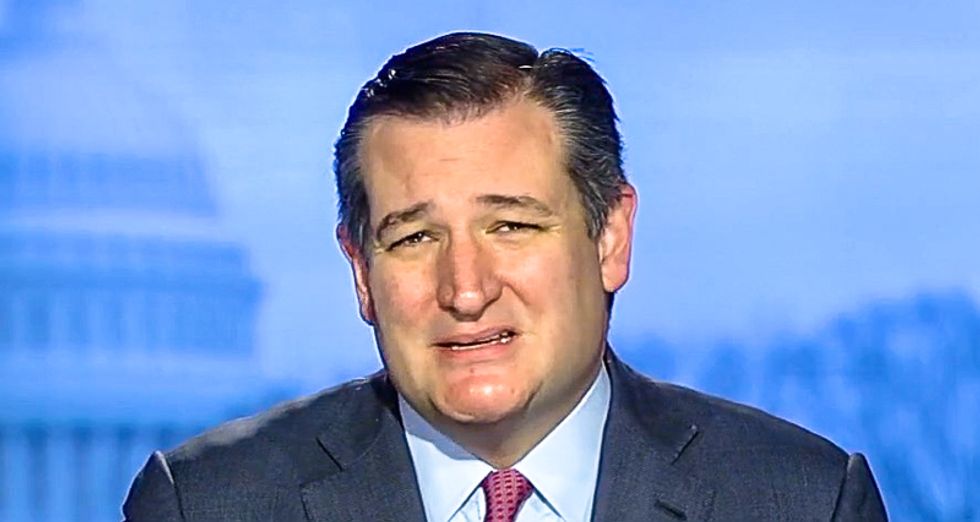 A former adviser to Marco Rubio's presidential campaign appeared on MSNBC to discuss Ted Cruz's re-election bid — and struggled to explain to MSNBC host Ari Melber why people hate the Texas senator so much.

"There's all sorts of wishful thinking going on across the country among liberal Democrats that Texas is going to go purple or blue," Rubio's former presidential campaign adviser George Seay said. "And that's just that it is — wishful thinking. Texas Republicans are undefeated and unchallenged over the last 20 years of state politics."

Melber rebuffed Seay's insistence that Cruz is going to win by "three to six points" against Democratic challenger Beto O'Rourke by noting that "people in your party don't like him."

"They talk about it publicly," the host said — and then proceeded to roll a supercut of Republicans making fun of Cruz and openly discussing their disdain for him.

"If you kill Ted Cruz on the floor of the Senate and the trial was in the Senate, nobody could convict you," Sen. Lindsey Graham (R-SC) joked in February 2016.

Former House Speaker John Boehner (R-OH) told an audience in 2016 that the Texas Republican is "Lucifer in the flesh" and called him a "miserable son of a b*tch" in one of the recordings, and in another, Rep. Peter King (R-NY) said he hates Cruz and would "take cyanide" if he won the presidential nomination.

"Why don't people like Ted Cruz?" the host asked Seay.

Rather than answering, the Rubio's former aide claimed Cruz has "repaired" his relationship to Donald Trump after refusing to endorse him when he won the GOP presidential nomination in 2016.

"He spent the last 12 months going all over the state and building bridges," Seay said before Melber cut him off.