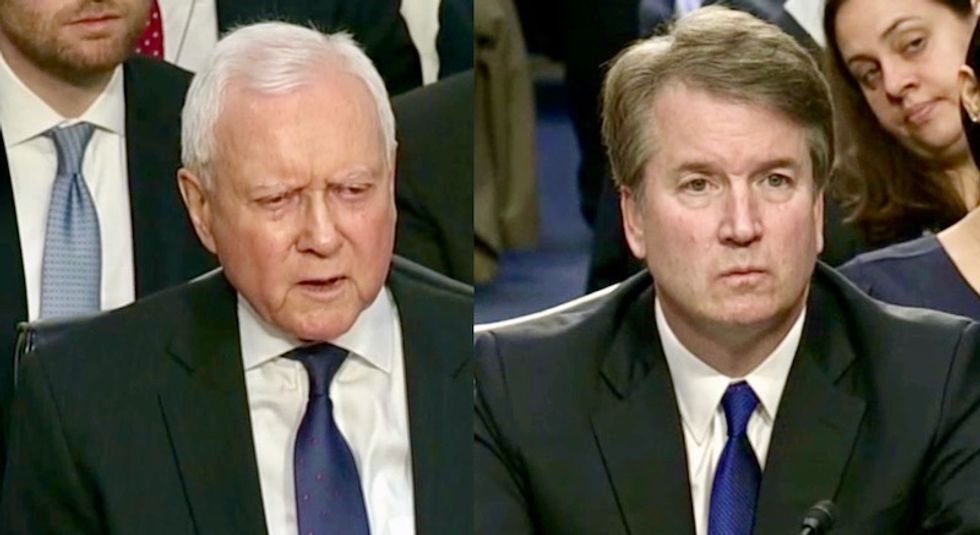 Hatch, a Trump ally, was reading from a document in which he depicted Kavanaugh as "mainstream" and moderate. He made jokes about Kavanaugh eating pasta with ketchup in an effort to humanize and normalize him. Hatch called him a "smart, decent, normal person who just happens to have been nominated to the highest court in our land."

"If we could just get the politics out of this, I think we could all agree Kavanaugh is a qualified nominee," Hatch said.

As Hatch read his statement, observers offered criticism from the back of the room.

Hatch became distracted and raged at the disrupters.

"Mr. Chairman, I think we should have this loudmouth removed," Hatch said. "We shouldn't have to put up with this kind of stuff."

At the end of his testimony, Hatch again raged at the observers.

"Mr. Chairman, I don't think the committee should have to put up with this sort of insolence," he said. "Frankly, these people are so out-of-line they should not be allowed in the dog-gone room."

Watch the clips below.