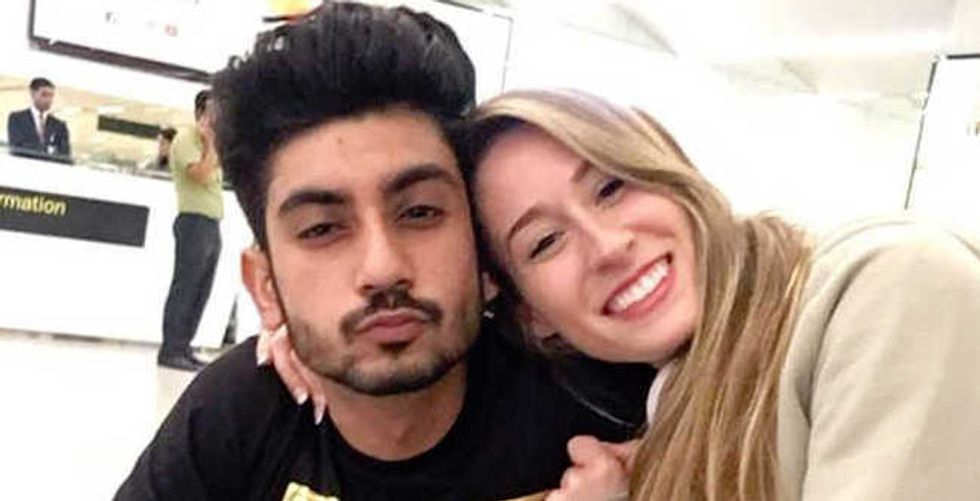 An Alabama family called police in India and told them their daughter had been "trafficked" by a man she'd flown to the country to meet — but according to the 21-year-old woman, they were lying.

AL.com reported that in mid-September, Whitney Harris made the long flight to India to meet 20-year-old Pulkit Monga, a man she'd connected with online two years prior.

"I left to India to meet my friend and to get away from my abusive mother and grandmother who have mentally and emotionally abused me all my life," Harris told the website. "I didn't want them to save me."

The family went against her wishes, however, when they first had a Christian minister in the city of Amritsar "intercept" her and then came to collect her themselves 10 days later.

Harris' mother Destiny and father Brett met Monga's hospitable parents who took them to holy sites and restaurants — all while "slandering" them behind their backs.

Despite not wanting to leave India yet, Harris agreed to buy a return plane ticket to assuage their concerns, but before she was able to book it, "her mother allegedly sent a letter to the local Indian police claiming that Pulkit was a rapist, had drugged their daughter and was a sex trafficker," the report noted.

After Harris and the Mongas were interrogated by police, the young woman's family conspired with people from the local Christian church to get her to the airport and out of the country.

According to the report, Harris refused to see her parents upon arrival back home in Alabama — and is working to reunite with Monga as soon as she can.

Along with accusing her family of abuse, the young woman also said family spokesman Jimmy Stewart lied to media about why she went to India.

"Jimmy said that [Pulkit] is poor and his family is poor which is a lie, they are middle-upper class in India and his father earns good money," Harris told AL.com in an email. "How would [Stewart] know anything different?"

The family also alleged that the friend she is staying with is purposefully keeping her from them — "another lie," Harris said.