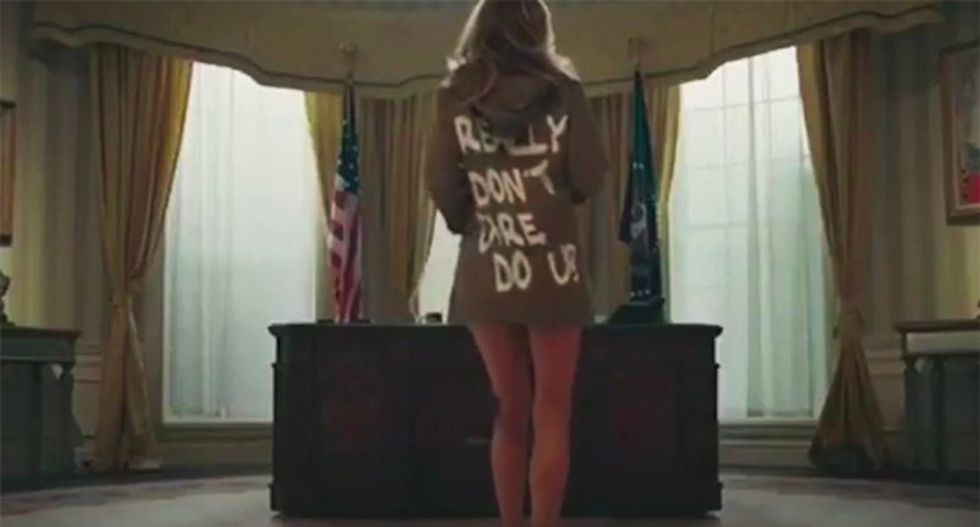 The woman who portrayed First Lady Melania Trump as a stripper in a rap video claims she has been receiving death threats, TMZ reports.

Speaking with the website, actress Melanie Marden said she receives daily threats, adding, "It's unbelievable people take this so seriously."

"I'm an independent woman, and I look after myself, and it's amazing people have so much time to focus on someone who took an acting job than finding a cure for cancer," she suggested.

She also took a shot at White House Director of Communications for Melania Trump, Stephanie Grisham, for calling for a boycott.

"She has the time to comment on rap videos, that is kind of sad," she charged.

You can watch the interview with Marden below via TMZ:

Firefighters battling to protect the world's biggest tree from wildfires ravaging the parched United States said Friday they are optimistic it can be saved.