‘Angrier, loopier and more belligerent’: Conservative columnist explains how much worse GOP will get after the midterms 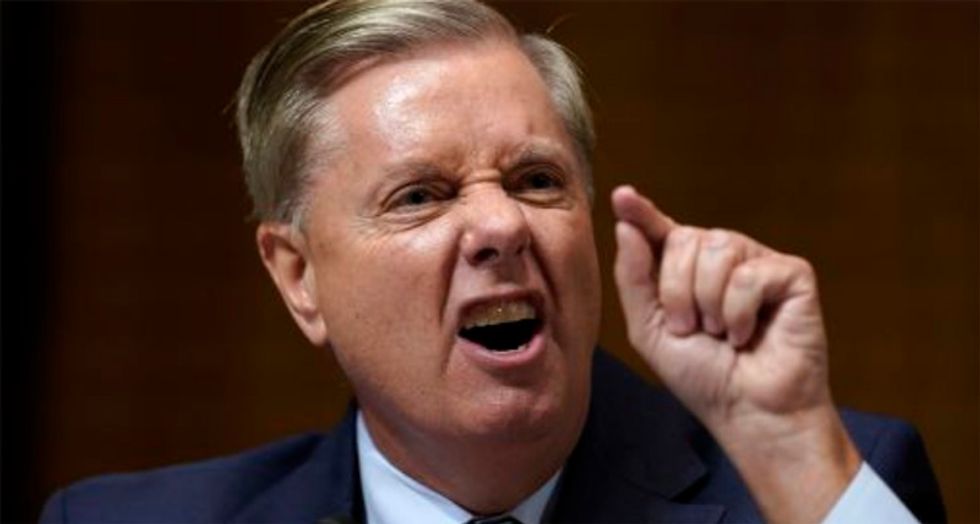 Conservative Washington Post columnist Jennifer Rubin warned on Monday that there will be even fewer GOP "measured leaders" on Capitol Hill following the 2018 midterm elections.

"The mingling of right-wing populism and the disintegration of conservative tone are inextricably linked," Rubin argued. "Right-wing populism thrives on anger, resentment and hostility toward elites. To defend irrational policies built on non-facts and fear of outsiders, vast conspiracies are required."

"If know-nothingism is essential to support your movement, you’re not likely to see many intellectually honest, measured leaders," she charged.

Rubin predicted the problem will get worse after, "another tranche of Republicans retire or lose this year."

"The Republicans who remain will be angrier, loopier and more belligerent than we see even now," Rubin charged.

"Perhaps instead of ideology or even experience, candidates for spots in any branch of government, at any level, should be assessed on temperament. Without cooler heads in elected and appointed offices, our descent into rage, extremism and meanness will continue," she continued. "Government by screeching bullies is not a political system any of us should desire."

“Two key questions for the Select Committee are how the spread of misinformation and violent extremism contributed to the violent attack on our democracy," Chairman Bennie Thompson said in a statement, "and what steps—if any—social media companies took to prevent their platforms from being breeding grounds for radicalizing people to violence."

A single page of original artwork from an acclaimed 1984 comic featuring Spider-Man sold for a record $3.36 million in the United States on Thursday, making the webslinger the world's mightiest auction superhero.

The page features the first appearance of Spidey's black symbiote suit that would later lead to the creation of anti-hero Venom in artwork by Mike Zeck from Marvel Super Heroes Secret Wars no. 8.

The Jan. 6 anniversary: How the media failed — and still can't admit it

It is difficult if not impossible to solve a problem when one lacks the language to properly describe and understand it. That problem is made worse if the language is available but people refuse to use it.