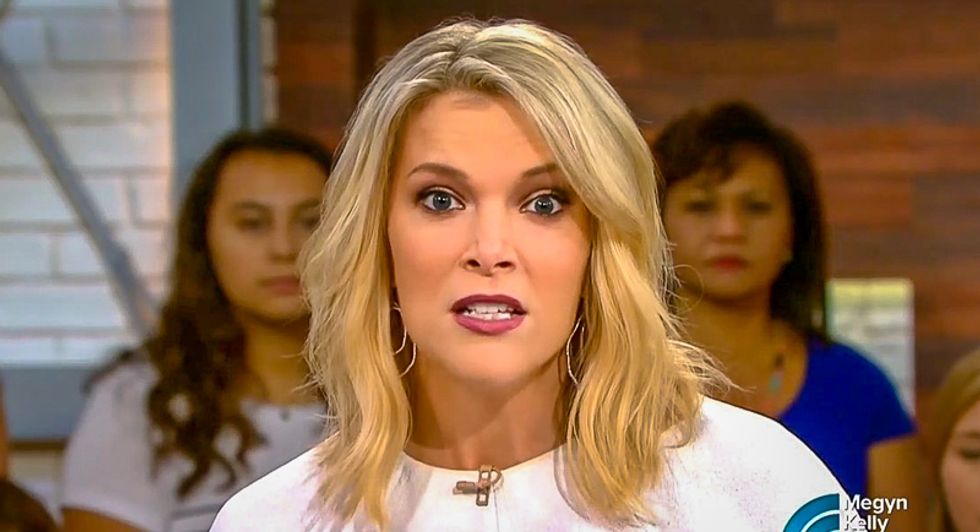 NBC's Megyn Kelly apologized on Wednesday for not understanding that it would be offensive for white people to wear blackface on Halloween -- but for many Twitter users, her apology was not accepted.

In particular, the users noted that Kelly's comments on blackface were just part of a long history of race-baiting that the former Fox News anchor has engaged in over the years.

Among other things, Kelly has drawn fire for her tirades insisting that fictional characters such as Santa Claus must be white; that a 15-year-old black girl dragged to the ground by a cop deserved some blame for being "no saint"; and hyping a supposed "voter intimidation campaign" carried out by the New Black Panther Party in Philadelphia.

Given all this, many Twitter users found her apology to be completely insincere -- or "crocodile tears," as one user put it.

@megynkelly you tried it. It is always inappropriate to dress up in black face for ANY occasion. This includes appr… https://t.co/YLFUenOa7L
— Kathryn Allison (@Kathryn Allison) 1540388676.0

@ChrisCuomo @donlemon @megynkelly is a racist! Apology not accepted! She lies to excuse her racism by saying blackf… https://t.co/bcvnyUl5BJ
— B Victoria Cook (@B Victoria Cook) 1540390871.0