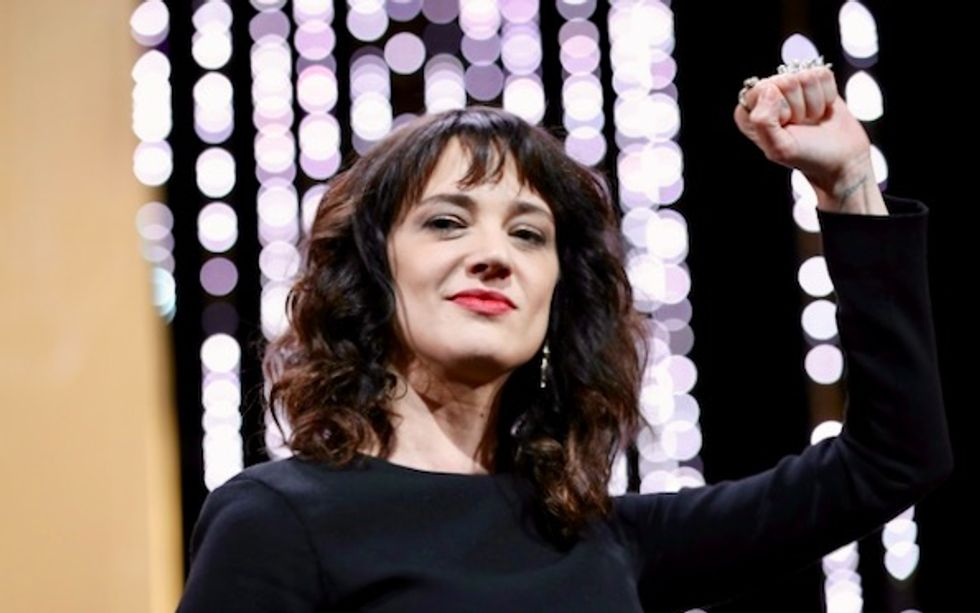 Italian actress Asia Argento -- shown during the closing ceremony of the Cannes Film Festival in May -- reportedly paid $380,000 to fellow actor Jimmy Bennett, who claims she sexually assaulted him when he was 17 AFP/File / Valery HACHE

Italian actress Asia Argento, who became a leading figure in the #MeToo movement after accusing powerful Hollywood producer Harvey Weinstein of rape, admitted she had sex with young actor Jimmy Bennett, who claimed she sexually assaulted him as a teenager.

During a television show in Italy on Sunday Argento, who had initially denied having sex with Bennett, recounted her relationship with the actor.

According to Bennett's account of the encounter he gave in a September 24 interview on Italian television, Argento kissed him for a long time.

"It turned into her placing her hands on me and following that was when she pushed me onto the bed and took my pants off," said the actor, now 22.

Asked whether it was a "complete" relationship, Bennett said it was, implying they had sex, but declined to go into detail.

The actor and rock musician was 17 years old at the time of the alleged assault. The legal age of consent in California is 18.

Argento strongly denied his version of events, saying the young man had asked her to help him prepare for an audition, as she did when he was a child.

"He started kissing me and touching me, but not as a mother and child as I saw him, but as a boy with raging hormones ... And that froze me," she recounted.

"He literally jumped on me (...) He was on me, and he came. Me, I didn't feel anything, I didn't react because for me it was unthinkable," added the actress.

In the following months, Argento said she had received intimate videos of him via Snapchat.

She said she did not break ties with Bennett because he was "troubled".

But this winter the young actor asked for $3.5 million to keep quiet.

During the interview, Argento shared messages exchanged with her late boyfriend, celebrity chef Anthony Bourdain, who would have paid for peace.

"What hurt me most is being called a paedophile," the actress said.

The daughter of "Suspiria" director Dario Argento, she became a powerful voice for the #MeToo movement after accusing Weinstein of raping her when she was 21 in his hotel room in 1997 during the Cannes film festival.