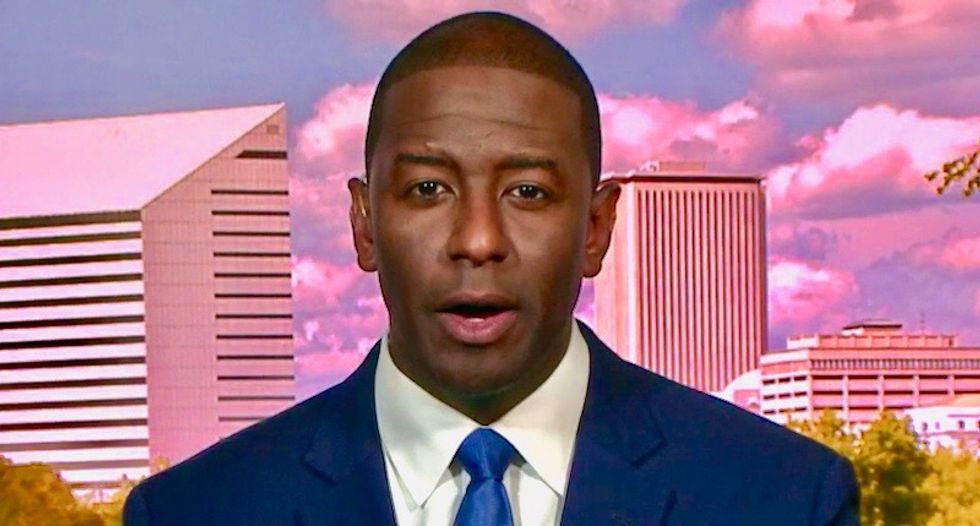 After days of attacks from Florida's GOP gubernatorial candidate Ron DeSantis over tickets for the popular "Hamilton" play purchased for Tallahassee Mayor Andrew Gillum, the Democratic nominee shut his opponent down in the best way possible.

"I did go and see 'Hamilton,'" Gillum said during his Wednesday night debate with DeSantis.

He went on to explain that during the 2016 trip to New York City, he got the tickets from his formerly close friend Adam Corey and a man who went by the name "Mike Miller" who was later revealed to be an undercover FBI agent. Gillum also noted that he got the ticket from his brother and should have done more "due diligence"

"I was informed by my brother, at the time, that he had given Adam Corey tickets to a Jay-Z and Beyoncé concert of which I understand they took later," Gillum said, "and I understood that to have solved whatever the issue was to the expenses associated with it."

After reiterating that he takes responsibility for not double-checking the source of the tickets, Gillum then pivoted.

"In the state of Florida, we got a lot of issues. In fact, we got 99 issues and 'Hamilton' ain't one of them," he said, causing an uproar of applause in the audience.