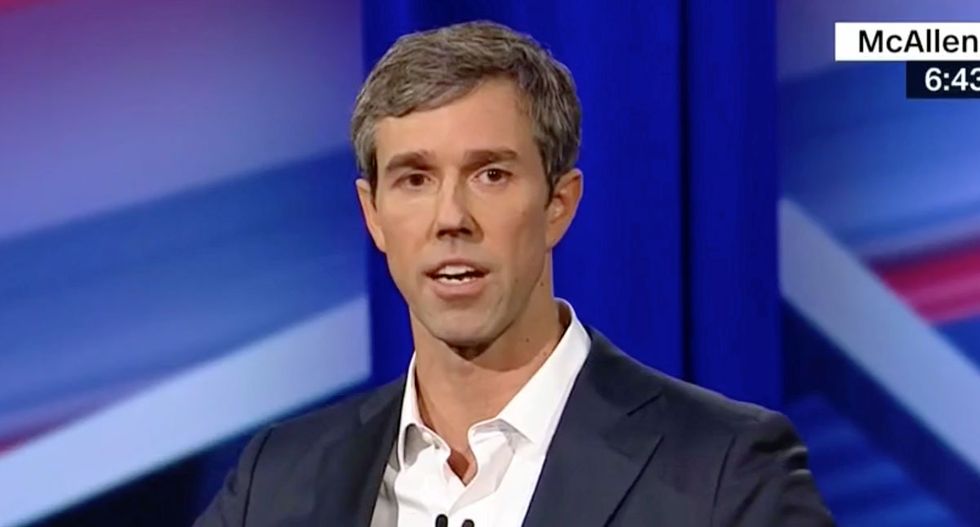 A spokesperson for O'Rourke's campaign told the Dallas Morning News that the candidate received "several" threatening messages from Sayoc earlier in the year.

"No one said 'you are on a list' but there was immediately a presence including agents and dogs who were at the office even as recent as today," O'Rourke campaign spokesperson Chris Evans told the News on Wednesday.

Evans said the campaign first received threatening messages from Sayoc in April of this year and that they immediately turned them over to U.S. Capitol Police. They then reported the messages to the FBI in July.

The Facebook messages Sayoc sent the O'Rourke campaign included photos of the candidate with his wife and children alongside a warning: "hug your loved ones everytime [sic] you leave home."

"See you soon," the message continued.