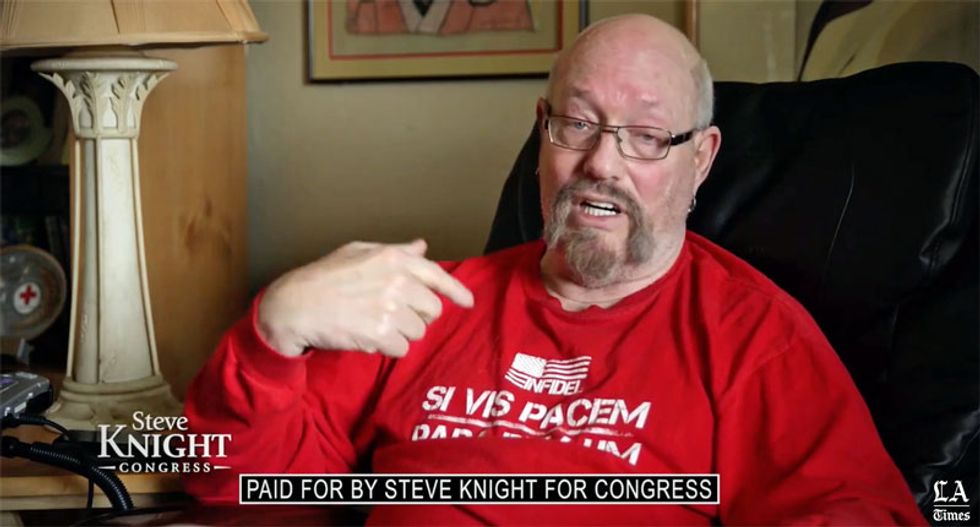 Yet another Republican has been caught in an "overt bigotry" scandal, this one including both anti-Semitic and racist hate speech -- plus attacks on the press.

The campaign of Rep. Steve Knight (R-CA) featured a television ad featuring a veteran, David Brayton of Santa Clarita. As the LA Times reported Wednesday evening, the campaign ad endorsement came from somebody who "has posted dozens of racist, anti-Semitic and anti-Muslim comments on Facebook."

The story noted Brayton "has disparaged Muslims, Mexicans and blacks, equivocated when denouncing white supremacists, and encouraged violence against protesters and reporters."

“CNN should be indicted, found guilty and face a firing squad,” Brayton posted while linking to a Breitbart article on Monday -- the same day Trump superfan Cesar Sayoc had his first court appearance for mailing pipe-bombs, including two sent to CNN.

Yet Brayton is seen wearing an anti-Muslim shirt -- in the television ad paid for by the campaign. 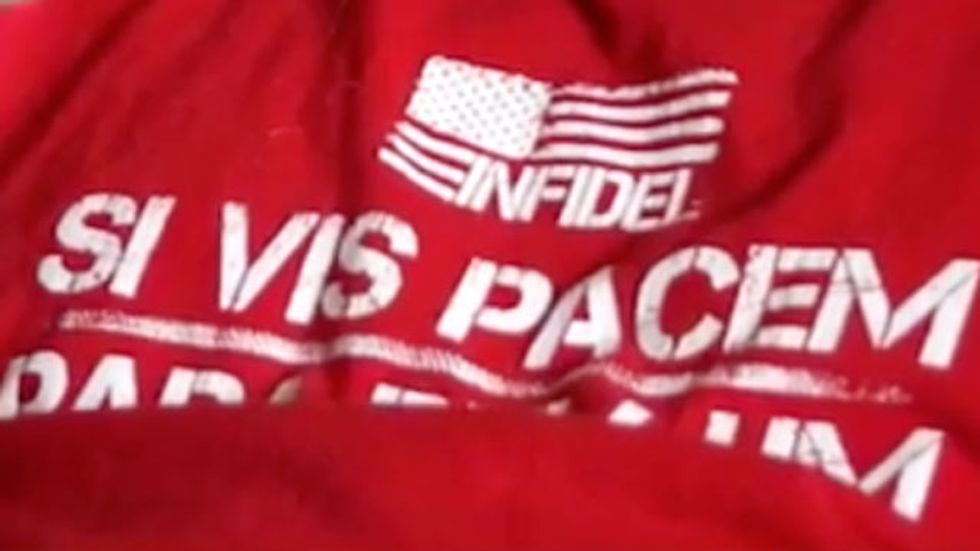 Suppoter wearing a shirt in a Steve Knight ad that features 'infidel' on an American flag and 'Si vis pacem, para bellum' -- the Latin adage for 'If you want peace, prepare for war'[/caption]

"In a telephone interview, Brayton, a former Air Force medic, stood by all of his posts, but denied any of them were racist or anti-Semitic," the LA Times noted. "He defended his call for putting CNN personnel before a firing squad, saying the network’s subversive propaganda was tantamount to treason."

After posting the video to social media, Rep. Knight bragged about Brayton's support.

“I’m proud to have earned David Brayton’s vote, but this is who we fight for,” Knight wrote in a Sept. 18 post. “Every. Single. Day.”