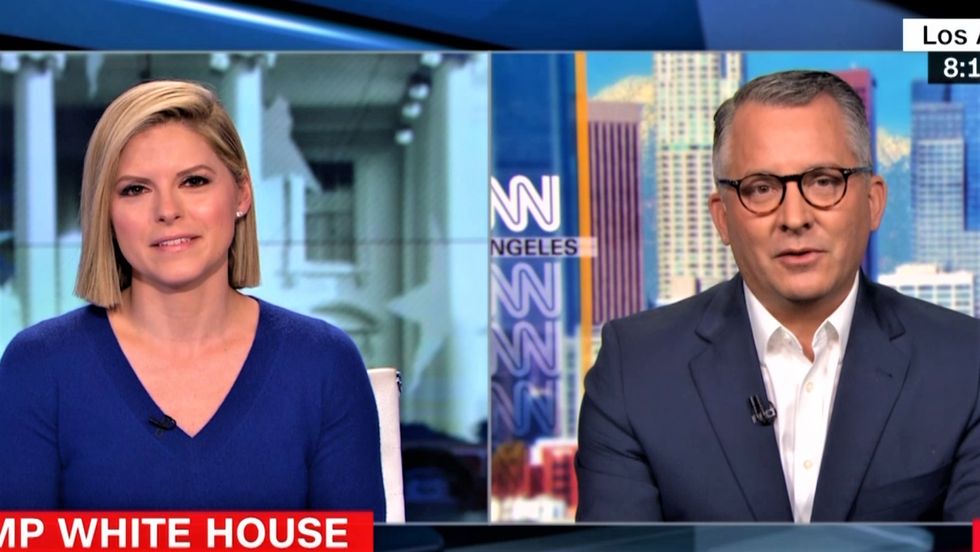 During the segment, CNN host Kate Bolduan asked Jolly how he would describe Trump claiming that Congress would soon cut taxes for middle-class Americans despite the fact that Congress is out of session until after the midterms.

"You call it a lie," he said. "This is the President of the United States lying, not just to his supporters, but to the American people."

Jolly said that Trump's phantom middle-class tax cut is a recognition that the massive tax cut Republicans passed last year "has not given them the political boost going into November that they needed."

He then argued that Trump can't credibly sell hope to his supporters and must thus rely solely on scaring them to the voting booths.

"He's ramping up a cycle of fear like he did a term or two ago when the issue was Syrian refugees," he said. "I was not an Obama supporter, obviously, I was a Republican member of Congress... but the contrast between Barack Obama deciding politically to sell hope -- and with President Trump selling fear -- each are very powerful."