'You cannot have it both ways sir': Wendy Osefo destroys Fox News host who loves Kanye but hates Kaepernick 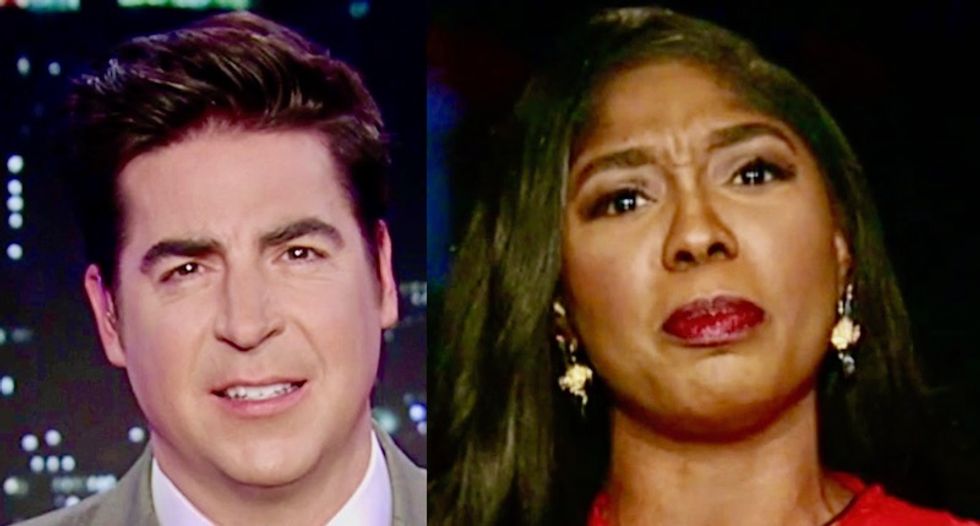 On Saturday, Fox News host Jesse Watters hosted a panel discussion where he tried to explore the left's reaction to Kanye West's unhinged rant in the Oval Office.

To argue the liberal side, Watters had on Dr. Wendy Osefo, a Johns Hopkins political science professor.

Osefo responded by naming all of the serious topics Kanye West could have discussed during the meeting.

"But he did not, he used that time to basically be a minstrel show and pound on the table," she said.

As Watters and Smith were stammering to object to the use of the term "minstrel show," Osefo charged forward with an all-out assault on Republican hypocrisy about how they've responded to West as opposed to LeBron James and Colin Kaepernick.

"The GOP has to decide: When is it OK for black athletes and performers to either shut up and dribble or become the beacon of hope for your party, because you can't have it both ways," she said.

Osefo then pointed out that only 8 percent of the black community supports Trump as Smith attempted to pivot to rappers who visited the White House during President Obama's administration.

"I don't remember all of this outcry when LeBron James called out the President Trump but then you guys said he should shut up and dribble," she said. "So, again, I ask you: Do you want black athletes and entertainers to shut up and dribble or do you want them to become your new mascot, like you're doing for Kanye West? Because you cannot have it both ways, sir."

Watters then abruptly cut the segment off so he could go to commercial before having Diamond and Silk on.

"We've gotta run, thank you both very much," he said.