‘Check your soul’: Conservative Matt Drudge unloads on Fox News for laughing about the massacre of Jews 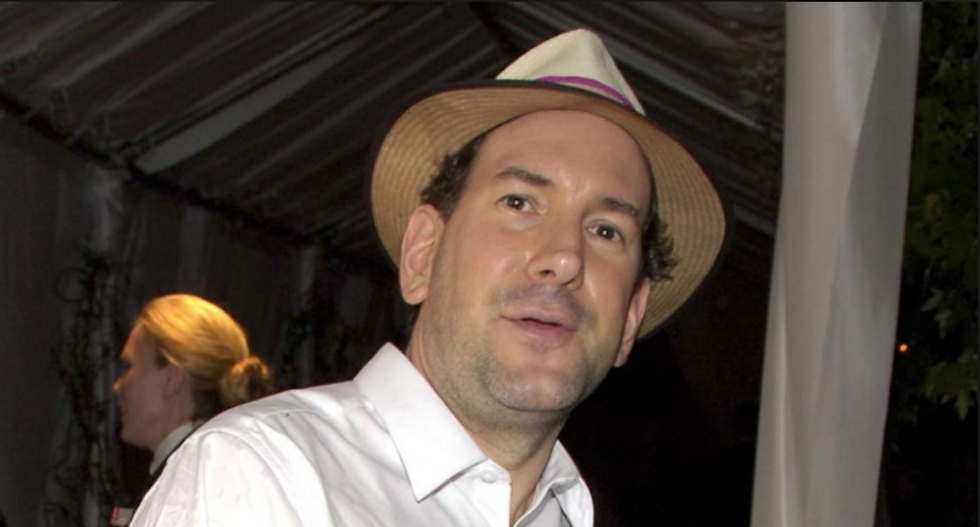 Conservative media personality Matt Drudge is not the likeliest critic of Fox News. But a segment on Fox this morning was too much even for him.

"A segment on Fox News this morning where hosts laughed and joked their way through a discussion on political impact of terror was bizarre," he posted to Twitter. "Not even 48 hours since blood flowed at synagogue? Check your soul in the makeup chair!"

Drudge was apparently referring to an Outnumbered segment this morning. He posted a picture of Fox News host Kennedy laughing above a chyron that said, "Questions on how mail bomb scare, synagogue attack could impact midterm voters eight days from now."

During a segment on Outnumbered, the Fox News hosts discussed how politicians were responding to the Pittsburg shooting and mail bombs targeting prominent liberals.

"Sadly tragedies are not even bringing us together any more," Kennedy said. "It used to be -- unfortunately, it was a unifying factor. We all remember how the country and in places like New York City, how people came together after 9/11. Watching vigils and other parts of the world as they pray for us and pray for our country to heal. It feels like we have really lost that."

She then pivoted to joking about voting for a third party as her colleagues laughed.

"What I will say is being a member of a third party for a little while," Kennedy remarked. "Then you will see what it feels like to lose every single election and still walk around with a smile on your face."

A spokesperson for Fox News responded to Drudge in a statement.

"Kennedy made an unrelated quip at the end of the segment which was focused on unity – there was absolutely no joking or laughing about the events of this weekend and a screen grab of her smiling is hardly indicative of the entire segment. The lower third should not have been up for the duration of this segment as it was not fully reflective of what the panelists were discussing," the statement said.

According to a comprehensive report for Politico, as the Donald Trump administration with the help of Senate Republicans was ramrodding the nomination of Brett Kavanaugh through his Supreme Court hearings, the top leadership of the National Rifle Association (NRA) were holding meetings at a Westin Hotel where they agreed to allocate funds to back a series of lawsuits they hoped would make it to the court as well as lining up and paying attorneys who would submit friend of the court briefs to boost their chances.

As reporter Will Van Sant wrote, the NRA for decades has been spending millions of dollars in fees and grants to lawyers who would make their case for them without the attorneys divulging who was paying them for their time and efforts.

Can Sunak catch up with Truss in race for Downing Street?

One month before the new Conservative leader and British prime minister is announced on September 5, Foreign Secretary Liz Truss has a commanding lead over ex-chancellor Rishi Sunak among the Tory Party members who decide the outcome – having framed the economic policy debate to her advantage amid an acute cost of living crisis.

The latest polls show Truss has widened her lead over Sunak: 58 percent of the approximately 180,000 Conservative Party members back her, compared to 26 percent who back Sunak and 12 percent who have not yet made up their minds, according to a survey by Tory activist website ConservativeHome published on August 4.

The forever coup: The Big Lie is more than Trump now

This week’s primaries helped show something: The January 6 hearings may well not end the Big Lie. The Big Lie is more than Trump now, and it is more than a revisionist project about the 2020 election.

The Big Lie is now part of the culture wars, and as such it has become more diffused through our politics, more capable of enduring in myriad ways across American life. Any and all elections can now be called into question—from school board to president. Thiel-backed Senate hopeful Blake Masters, addressing questions around his own peddling of election lies summed it up by saying, “I think there’s always cheating, probably, in every election.”