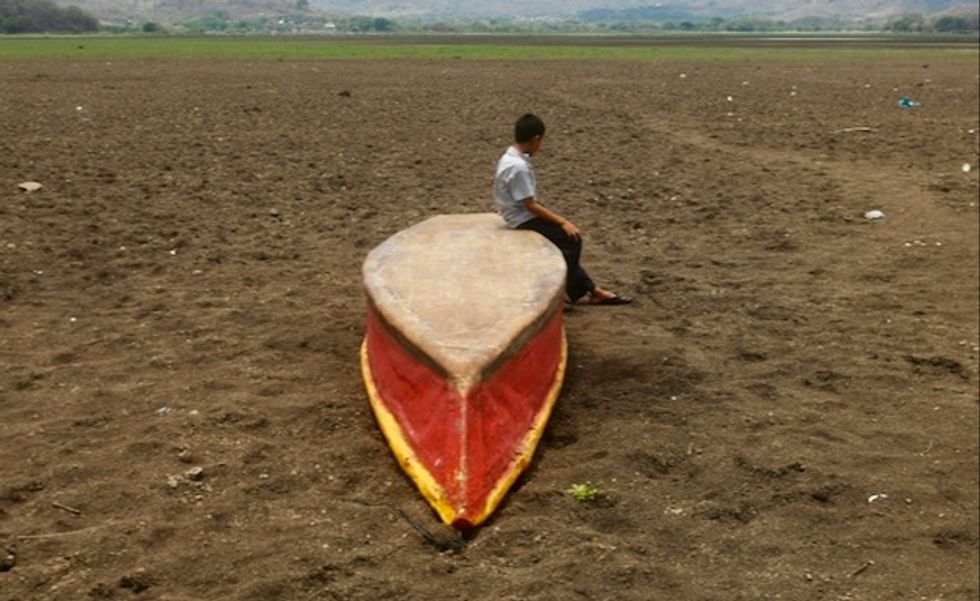 Activists rallied in Oregon and other states on Monday in support of young plaintiffs whose lawsuit against the U.S. government over the impact of climate change is under review by the U.S. Supreme Court.

The lawsuit, Juliana v. U.S., had been scheduled to begin in U.S. District Court in Oregon on Monday before it was temporarily blocked from proceeding by the Supreme Court on Oct. 18..

The plaintiffs rallied along with hundreds of students on the steps of the federal courthouse in Eugene, Oregon, and heard speeches from Native Americans, activists and religious leaders.

Their words were broadcast by bicycle-powered speakers for hours in the Oregon rain.

Twenty-one children and adults, aged 11 to 22, accused federal officials in a lawsuit filed in 2015 during President Barack Obama’s administration of violating their due process rights by knowing for decades that carbon pollution poisons the environment, but doing nothing about it.

‘NO RIGHT TO CLIMATE’

The Department of Justice contends that letting the case proceed would be too burdensome, unconstitutionally pit the courts against the executive branch, and require improper “agency decision-making” by forcing officials to answer questions about climate change.

The Justice Department also argues there is no right to “a climate system capable of sustaining human life.”

The Supreme Court said it would rule on whether the case could proceed in the lower court after it received responses from the plaintiffs and the lower court to the Department of Justice’s objections.

“We know this is our place,” plaintiff Jacob Lebel told the crowd at the rally, referring to the courthouse. “Because regardless of what (President Donald Trump) tries to do, or when we get our day in court, the wildfires around my farm in Oregon keep getting worse, the winters keep getting warmer, the salmon keep dying ... the seas keep rising and our politicians keep lying.”

The organizers in Eugene said supporters demonstrated in more than 70 rallies nationwide, including in New York, San Francisco and Boston. Smaller demonstrations were also staged in Stockholm, London, Amsterdam and Uganda within the past week, they said.

The plaintiffs said they delayed school and jobs to attend the rally and the trial they hope will start soon. They include hip-hop artist Xiuhtezcatl Martinez, who interrupted a concert tour.