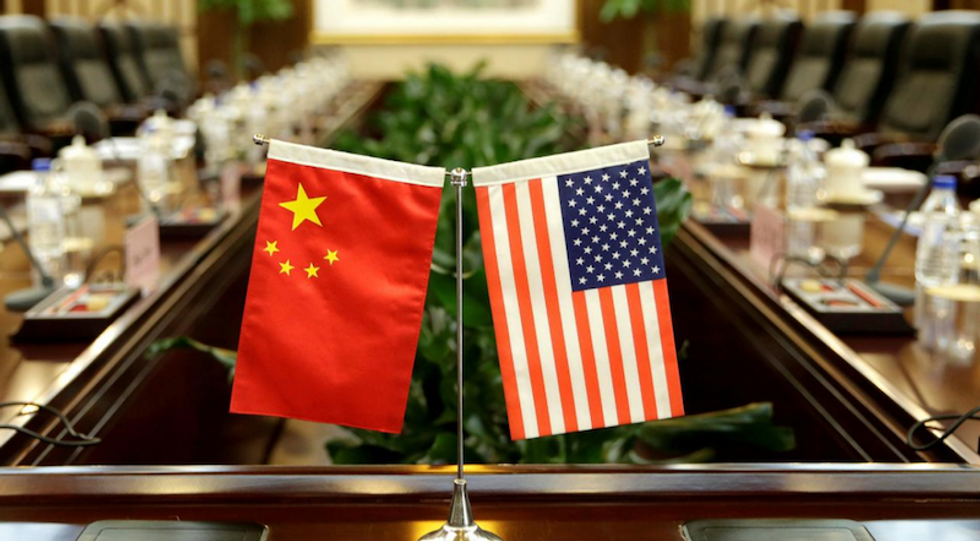 FILE PHOTO: Flags of U.S. and China are placed for a meeting at the Ministry of Agriculture in Beijing, China, June 30, 2017. REUTERS/Jason Lee/File Photo

China has canceled a security meeting with U.S. Secretary of Defense Jim Mattis that had been planned for October, a senior U.S. official said on Sunday, days after a top Chinese official said there was no reason to panic over tensions between the countries.

The official, who is involved in China policy and spoke on condition of anonymity, said it was not clear if or when the meeting would be rescheduled.

The cancellation was first reported by the New York Times.

The official said it was not clear whether the cancellation was because of the broad range of disputes between Beijing and Washington on issues such as arms sales and military activity in the South China Sea and other waters around China.

China and the United States are also locked in a spiraling trade war that has seen them level increasingly severe rounds of tariffs on each other’s imports.

“The tension is escalating, and that could prove to be dangerous to both sides,” the official said.

Sources in Beijing briefed on the matter said last week the security meeting may not take place because of the tensions in relations between the two countries.

The Chinese government’s top diplomat, Wang Yi, said on Friday there was “no cause for panic” over friction between Beijing and Washington, but warned that China would not be blackmailed or yield to pressure over trade.

At a U.N. Security Council meeting on Wednesday, President Donald Trump accused Beijing of seeking to meddle in the Nov. 6 U.S. congressional elections to stop him and his Republican Party from doing well because of his China trade policies.

Trump provided no evidence for his allegation. At the same meeting, Wang rejected the charge.

Reporting by John Walcott; Additional reporting by Ben Blanchard in Beijing and Patricia Zengerle in Washington; ; Editing by Peter Cooney