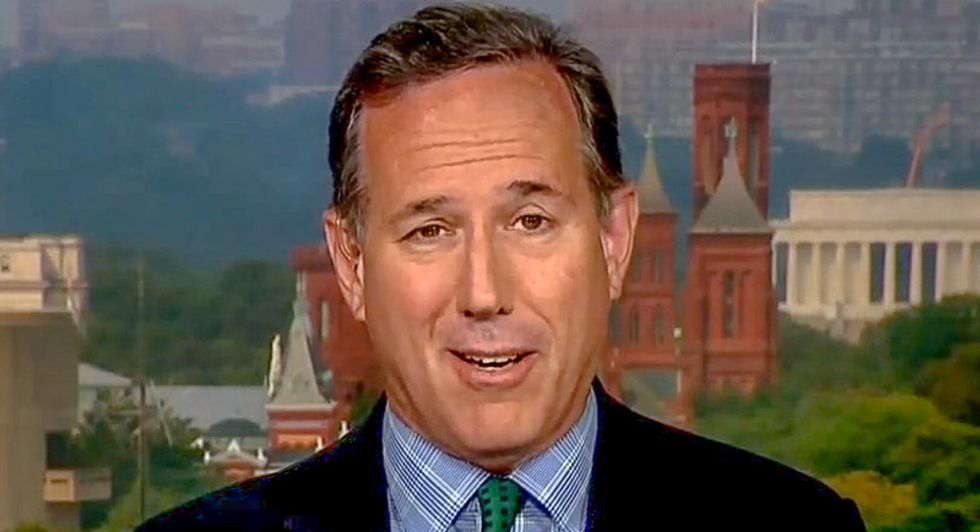 President Donald Trump is scheduled to appear in Pittsburgh Tuesday to honor the 11 slain congregants of the Tree of Life synagogue. His visit has stirred controversy, since many critics believe that Trump's divisive rhetoric may have created an environment that inspired the gunman to commit murder.

On CNN Tuesday, former Senator Rick Santorum defended the President, distancing his rhetoric from the murders in Pittsburgh.

"I'm not I'm just asking you the question, does that confluence, overlap of the language better ... does that help? Does it lessen the danger of hate crimes?" CNN host Jim Sciutto asked the former Republican Senator.

"I think where you're going is a really dangerous place to go," Santorum replied. Santorum went on to blame the attack solely on anti-Semitism "going back millennia."

But Sciutto would not let him off the hook, pressing Santorum on whether Trump's demonization of refugees heading to the Southwest border was "helpful" in a moment of national mourning.