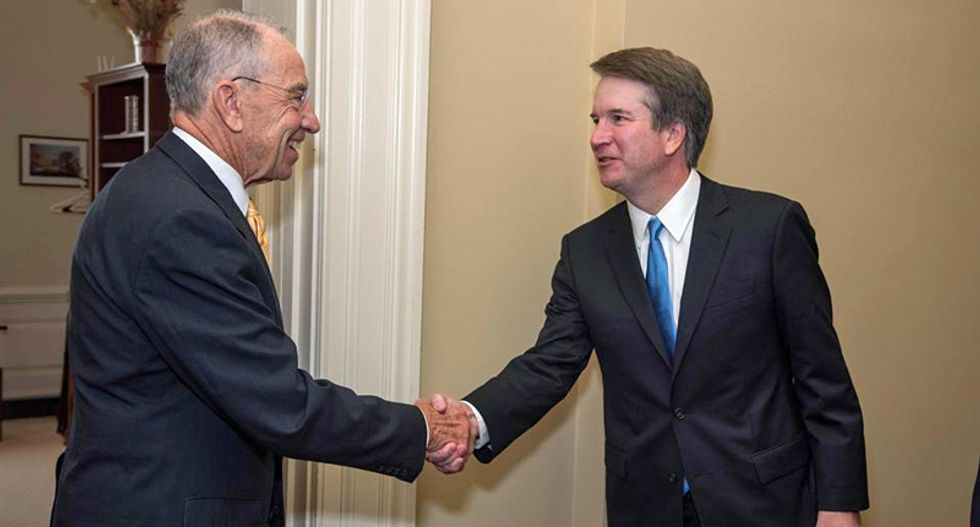 Republican strategist Ana Navarro slammed Sen. Chuck Grassley (R-IA) for his controversial remarks that women do not want to serve on the Senate Judiciary Committee because it is too much work.

"I'm not sure I can answer this question without my eyes rolling to the back of my head," she replied.

"I mean, first of all, he sounds like such a dinosaur," she observed.

"Really, he should be extinct at this moment," she added. "So Republican women are afraid to work?"

"Really, that's so stupid, I don't even want to talk about it," she explained. "I can't do it without my eyes rolling in the back of my head."

"Chuck Grassley? Give me a damn break," Navarro continued. "Women give birth and work and put food on the table, just go mow your lawn."