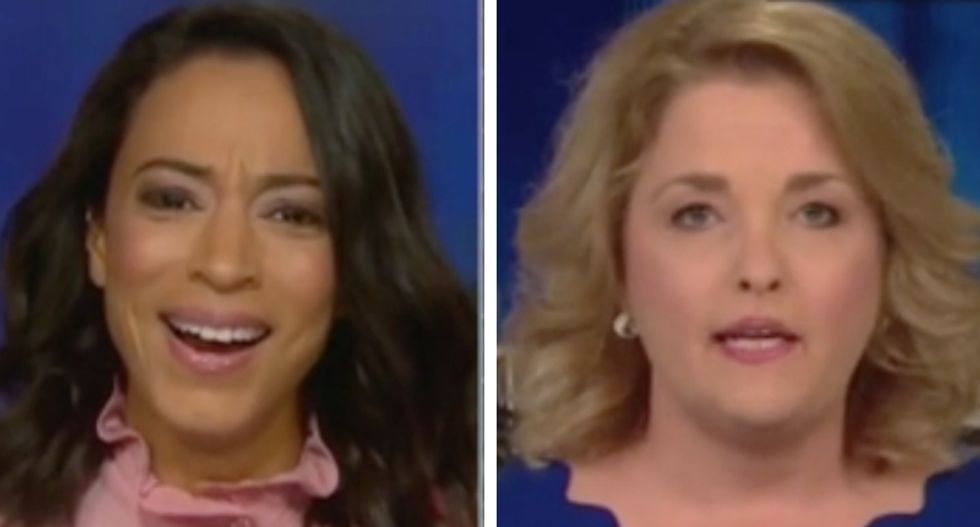 A Trump supporter's confrontation with CNN analyst Angela Rye’s over “attacks” on the president backfired Thursday when she demanded Rye “say one nice thing” about the commander-in-chief.

“The president has an obligation to stop picking on reporters,” Rye said in the panel debate with Women for Trump co-founder Amy Kremer, after 10 pipe bombs were mailed to prominent Democrats and to CNN. “He’s not only used a bully pulpit, but he’s been a bully.”

After asserting that Trump was "very presidential" in his response to the bombs, Kremer pivoted.

"Everything Angela just said was an attack on the president," the Women for Trump activist said. "Tell me one nice thing about the president."

"Was any of it untrue?" CNN host Chris Cuomo asked Kremer, echoing Rye's assertion that what she'd said was true.

"It doesn't matter if it's untrue or not!" the Trump supporter exclaimed, causing a confused interruption from Cuomo and laughter from Rye.

Kremer said that she "doesn't disagree" with everything the liberal legal analyst said — and then insisted that "some of it's untrue."

Watch the bizarre outburst below: