CNN's Camerota shuts down Trump supporter's conspiracy about migrants: 'Soros is not paying for the caravan!' 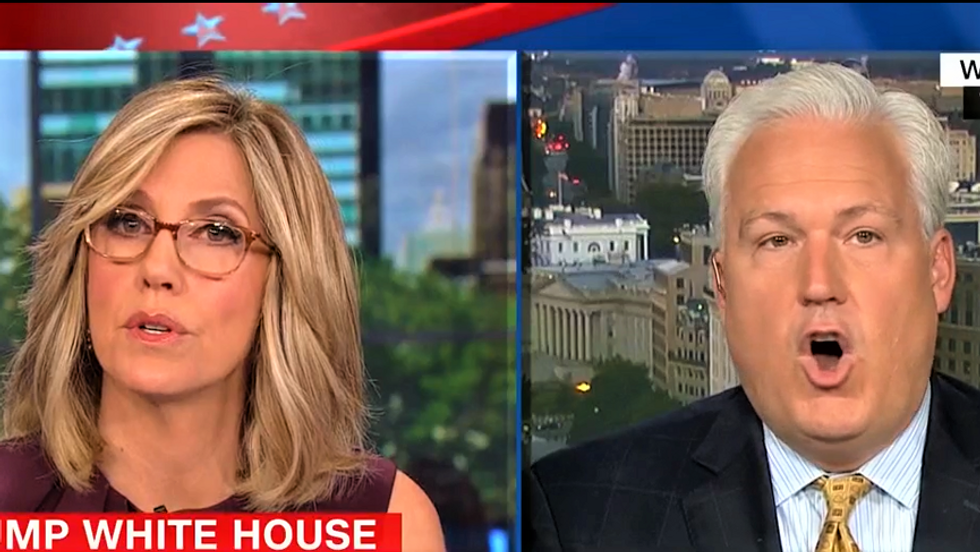 "Just a fact check, will you get a luxury car [if you enter the country]?" she asked him.

"What did you say?" a bewildered Schlapp asked.

"Will you get a luxury car given to you?" she again asked.

"Matt," Camerota interrupted. "Will you get a luxury car?"

"You get Obamacare!" Schlapp insisted, despite the fact that migrants claiming asylum are not eligible to receive health insurance subsidies under the Affordable Care Act. "You get a telephone, you get all kinds of things!"

Camerota at this point put her foot down.

"I don't know... who's paying for the caravan?" Schlapp asked.

"No one is paying for the caravan!" she shot back.