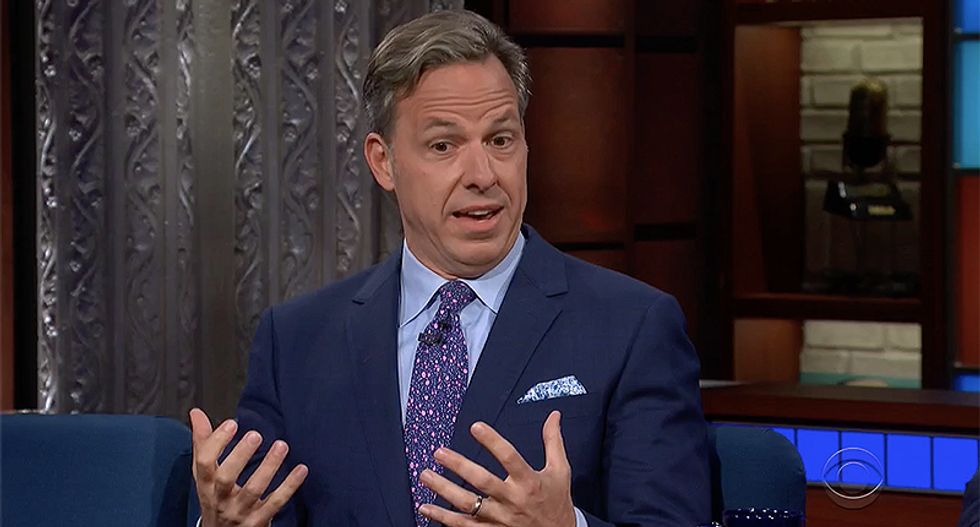 CNN host Jake Tapper explained that he went to Dartmouth College, where the film "Animal House" was based. While Supreme Court nominee Brett Kavanaugh attended Yale in the early 1980s, Tapper confessed his late-80s experience was such that he could call Kavanaugh's "interesting."

"We have a Late Show intramural boofing team here," joked "Late Show" host Stephen Colbert. "I don't know what it is."

Tapper said that he read about "boofing" on Urban Dictionary and he found it very hard to believe it has anything to do with flatulence as Kavanaugh claimed.

When it came to the FBI investigation, Tapper called President Donald Trump's demand to be "comprehensive and within reason," a contradiction. Democrats can easily claim the investigation as not an honest and thorough one, Tapper explained.

He noted that what it actually means is still up to the FBI.

He noted he assumes Kavanaugh will get voted out of committee and will be confirmed, which prompted the audience to boo him.