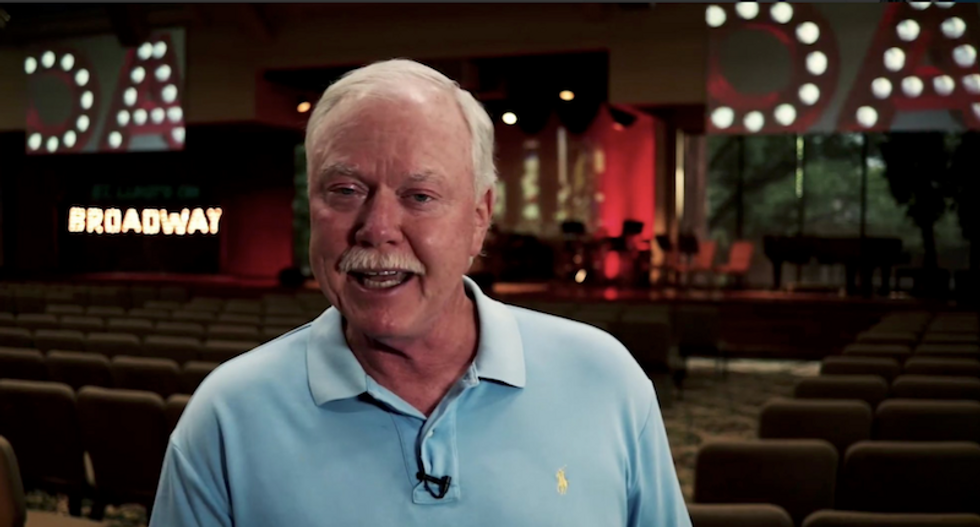 As Republicans tried to push a vote confirming Brett Kavanaugh to a lifetime appointment on the Supreme Court, supporters and detractors battled to control the narrative on social media and cable.

As the blog Get Religion reports, the fight over Kavanaugh even shook up an Oklahoma religious congregation.

Oklahoma pastor Rev. Bob Long of St. Luke's United Methodist Church found himself the subject of an unlikely social media controversy after a sermon in which he broadcast a picture of Kavanaugh's face and talked about false accusations.

According to social media reports, parishioners were offended and even walked out.

Just walked out of a service with my daughters @StLukesEdmond where the first 5 min of the sermon had Kavanaugh’s f… https://t.co/aybb1GoCD8
— Nicole Nelson (@Nicole Nelson)1538326705.0

"I'm sorry that, for some, the words I used with the intention of encouraging peace have caused such pain," he wrote. "It has always been and always will be my intent to encourage us to treat others with kindness and respect."

In a video message, Long also claimed that his sermon had been mischaracterized.

"It wasn't a sermon that was supposed to be dealing with (Kavanaugh) or about the issues of sexual abuse,” he claimed. “It was a sermon to deal with the incivility in society at this time."