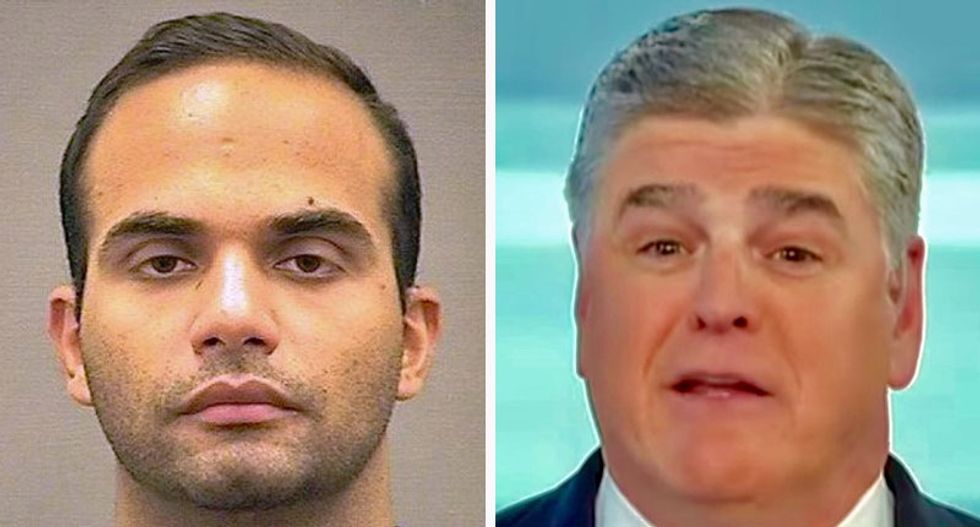 Former Donald Trump foreign policy advisor George Papadopoulos, who was convicted of lying to the FBI, is hoping for a gig at the Fox News network, The Daily Beast reported Saturday.

"Most operatives and political figures who face legal jeopardy in the Robert Mueller investigation have taken decidedly quiet routes, forgoing frequent media appearances or large social-media footprints. Papadopoulos has, conspicuously, taken a polar-opposite approach," The Beast noted. "Nowadays, he is a married man, freely hate-tweeting the so-called 'Deep State' and acting like he’s auditioning for the role of Fox News regular."

City a source close to Papadopoulos said that he has become chummy with Fox News personality Sean Hannity and will be a guest on his show next week.

“Whatever I post or say on TV is all backed up with evidence,” Papadopoulos told The Beast. “I think a lot of questions will be answered after my testimony on the Hill. Regarding TV, [I] am just getting my story out there. It’s up to America to decide if they like what [I] am saying or not.”

Simona Mangiante Papadopoulos, his wife, has also been making the media rounds.

A White House official said the couple was trying to reinvent themselves as a "MAGA power couple" but said the administration generally viewed him as a "clown trying to make a buck."

“He’s trying to cash in on his celebrity,” Bennett suggested.

“It’s a free country, go make some money, but don’t overplay your hand,” Bennett continued. “His celebrity is all because he got arrested...He wasn’t a player, and he still isn’t."

Papadopoulos is scheduled to appear on the Fox News show "Watter's World" on Saturday evening.