'What is it with you? Say the president was wrong!': Cuomo tries to get Corey Lewandowski to denounce Trump inciting violence 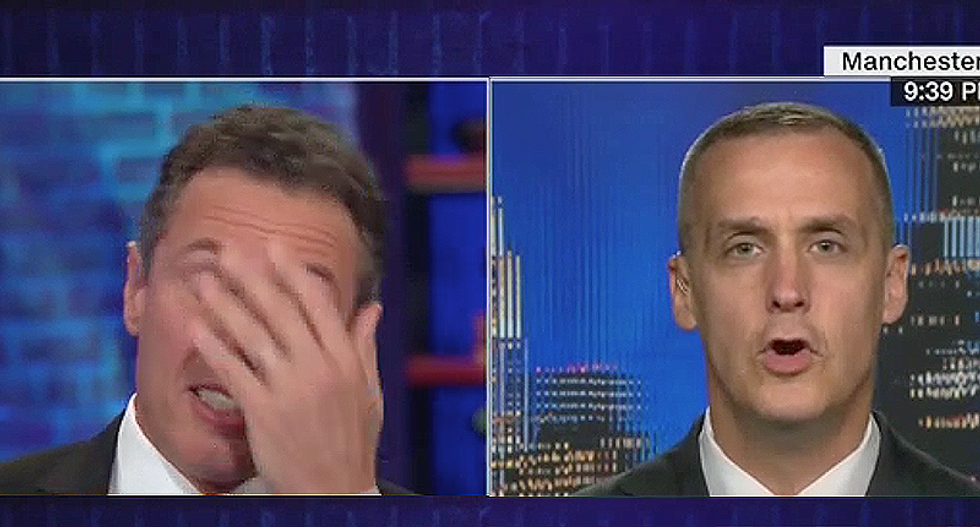 "You can't say Trump was wrong," Cuomo said. "Our President is always at the top of the hate parade and you will never condemn it."

"I think the idea of that kind of toughness being physical, brutality, bullying, I think it's ridiculous. I think it's absurd. And I think it's beneath the dignity of their offices," Cuomo said.

Lewandowski said that everybody should take responsibility.

"I just [said] everybody," Lewandowski. said.

However, Cuomo said he wouldn't say the one person's name that actually mattered. It devolved into chaos from there as Cuomo tried to get an answer out of Lewandowski.

MSNB'sC "The Sunday Show" host Jonathan Capehart had nothing but scorn for Rep. Marjorie Taylor Greene (R-GA) over her latest complaints that Democrats have been attacking her over her antics.